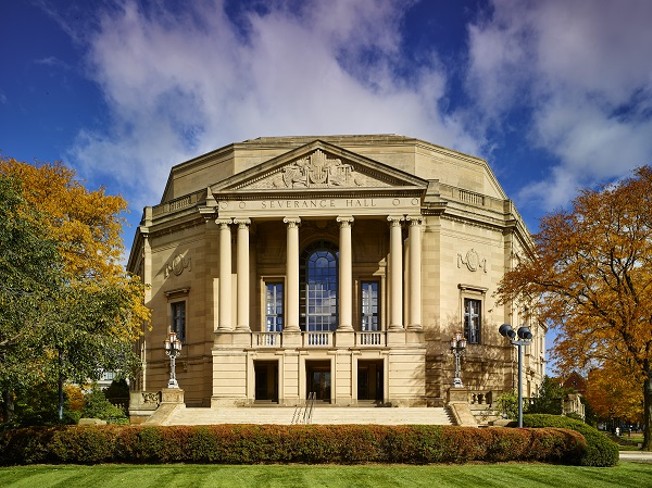 Photo by Roger Mastroianni, Courtesy of The Cleveland Orchestra

Rem Wransky has idolized the Cleveland Orchestra for years.

The 29-year-old was born and raised on Cleveland’s west side, and grew up playing the French horn.

When she secured a position in April of 2021 as a web developer with Cleveland’s hallowed Big Five orchestra, Wransky was thrilled.

On Aug. 10, she filed suit in federal court in Cleveland arguing that the Cleveland Orchestra and Business Administrators & Consultants Inc (BAC) – the orchestra’s third party healthcare administrator – unlawfully and intentionally discriminated against her when it refused to cover a surgery because she is trans woman.

Prior to joining the staff of the Cleveland Orchestra, Wransky had “socially and medically transitioned.”

Those are phrases she doesn’t feel are “accurate or true or worthwhile,” but recognizes that some of the language around gender affirmation surgery is necessary when making a legal argument.

In the fall of 2021, after she started her job at Cleveland Orchestra, Wransky began experiencing pain and discomfort – a complication from a prior surgery that was part of her transition. Her medical support staff determined that surgical intervention was necessary to relieve the pain.

Wransky is quick to highlight here that the surgery she needs has nothing to do with being trans and is a procedure that anyone with a vagina might need.

“My body part has an issue with it,” she explained “Anyone with this body part could need this procedure.”

Wranksy’s surgery was scheduled for July 22.

On July 1, when the Cleveland Orchestra switched healthcare providers and became self-insured, contracting with Reynoldsburg-based BAC to administer their new healthcare offerings, Wransky immediately reached out to HR, serving as her own self-advocate to make sure that her surgery would remain covered under the new insurance plan. She submitted documentation from her medical team with their authorization on the necessity of the surgery.

“Nowhere in the procedure codes [on the documentation]was there any mention of me being trans,” Wransky said.

On July 14 – just eight days before her surgery was scheduled to take place – Wransky’s request for coverage was denied by BAC.

Wransky’s medical support team in the LGBTQ+ and Gender Care division of University Hospitals (UH) intervened on her behalf.

ChrisTina Reed, UH manager in the division, reached out to Cleveland Orchestra and officials from the insurer seeking answers about Wransky’s surgery claim denial — chiefly, whether she would have been denied coverage had she been born with this anatomy.

“They shut me down immediately,” Reed said, “They postured and postured, until ultimately excluding the coverage.”

On July 20 – two days before her surgery was scheduled to take place – the peer-to-peer discussion resulted in the determination that Wranksy’s surgery was indeed medically necessary.

“There’s a big difference between an exclusion and a denial,” Wransky said.

With no recourse left, Wransky – still in a great deal of physical pain – was forced to cancel her surgery.

The Buckeye Flame reached out to BAC via email for comment on Wransky’s case, but did not receive a response.

In a statement provided to The Buckeye Flame on behalf of André Gremillet, President & CEO of The Cleveland Orchestra, the organization said that Wransky’s case “identified an issue we did not know existed until this situation brought it to our attention” and that it is a matter they intend to address.

Discrimination and the ACA

Reed connected Wransky with the Equality Ohio Legal Clinic, who then referred her to Mark Herron, a Cleveland-based attorney specializing in employment and civil rights litigation.

Herron did not hesitate in taking on Wransky’s case.

“This is a standard surgery for anyone that has a vagina,” Herron said. “Because she has undergone gender confirmation surgery, she’s excluded? That’s discrimination.”

Both the Cleveland Orchestra and BAC receive federal funds. Herron said that means that they are bound by those nondiscrimination clauses.

The Supreme Court’s decision in 2020’s landmark Bostock v. Clayton County case held that Title VII of the Civil Rights Act of 1964 protects LGBTQ+ employees — as do Title IX and the ACA, he said

Wransky has sustained economic and other losses, due to the discrimination, according to the lawsuit.

“I don’t know if they are intentionally denying Rem’s coverage or if the Cleveland Orchestra and BAC have not caught up with the courts, but they better get this straight and right,” Herron said.

The lawsuit seeks to have the surgery covered as well as award compensatory and punitive damages to Wransky in an amount to be determined at trial.

“Discrimination with a smile”

In its statement to The Buckeye Flame, the orchestra said it doesn’t tolerate discrimination of any type, including when it comes to the health care benefits it provides.

“At the heart of the issue is the question of fair and equal treatment for all our staff and musicians, including those who are members of the LGBTQ+ community.”
The statement concluded by saying that the Cleveland Orchestra “shares this individual’s frustration.”

That camaraderie is not something that Wransky has felt from her employer.

She recounts that a week before her surgery — before the exclusion determination was made — she was in her office when her department head gave her 5-10 minutes notice that she was expected in a meeting with the department head, the head of HR and Gremillet, who Wransky had never met.

In that meeting, Wransky said she was heaped with lavish praise for her work on the website.

She was then told that if her surgery was determined to be excluded, they could not let her have her medically necessary surgery. She said the meeting was humiliating.

“It was all about my personal business,” Wransky said. “It was discrimination with a smile.”

Addressing patrons, staff and the public

After a story detailing Wransky’s complaint was published by Cleveland.com on August 10, Gremillet sent an organization-wide email publicly addressing the case:

“While we do not believe the law cited in the suit is applicable, a legal victory would not be a satisfactory solution. At the heart of this matter, beyond the legal and insurance aspects, is the support we extend to all our staff and musicians, including those who are members of the LGBTQ+ community. Discrimination of any type is not tolerated by The Cleveland Orchestra and that policy of non-discrimination extends to the health care benefits we provide.

I want to note that this situation is not a result of our recent change of insurance provider; coverage now is the same as it was before July 1. But this case has brought to light a matter we are addressing, and we had made it a priority to do so before this issue was made public.”

“We understand this individual’s frustration and intend to support her as much as we possibly can,” Gremillet said. “We don’t yet have a solution for the challenge she is facing, but please know we are working to find one.”

Cleveland Orchestra and BAC have 20 days from the court filing to respond to the lawsuit.

If they continue to exclude Wransky’s surgery, the case will move forward and Herron will be looking to expedite the process.

“We need to get the court looking at this right away,” Herron said.

In the meantime, Wransky continues to work as a web developer for the Cleveland Orchestra — and does so in a great deal of pain.

She is facing medical consequences for delaying her surgery and explained that her latest round of bloodwork came back with concerning results.

“My body is not doing well,” said Wransky.

Her surgery has been rescheduled for October, but she doesn’t know if it will be delayed again due to lack of coverage.

As Wransky now waits for a response to the lawsuit, she now has a new fear.

While the names of administrators at Cleveland Orchestra and BAC are hidden from public view, she knows that filing her lawsuit automatically outs her as a transgender person to the world.

Ultimately, Wransky said the massive risk she is taking as a trans woman takes a backseat to her health, the main determinant driving her forward.

“I’m really afraid because the Cleveland Orchestra is a big name,” said Wransky. “[But] I need this surgical intervention and my back is against the wall.”

This lawsuit, she said, is bigger than her own case.

“If I’m taking on this risk I want the community at large to reap the largest reward it can,” said Wransky. “If it gives others hope or a new path forward in their struggles with insurance, I want to give that to them.”