We Are All So Goddamn Sick of the Bally Sports App 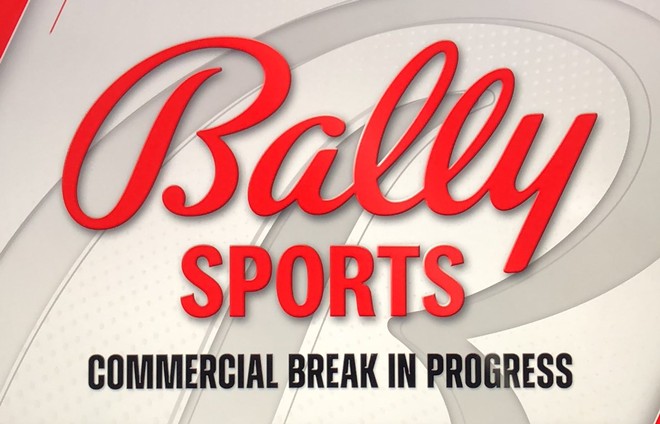 Bally Sports
Each night the Cleveland Cavaliers play basketball, local fans who rely on streaming services for the majority of their viewing gird their loins for a struggle. They know what awaits them. To experience the rapture of watching the Cavs, they must first do battle with the app on which the team is theoretically televised, Bally Sports.

Since the transition from Fox Sports Ohio last year, Bally has been an unqualified disaster. Just absolute dogshit every night. Without exaggeration, it is the worst platform in the landscape of modern sports viewing, (if not the history of sports viewing). And in an otherwise resplendent Cavs season, it is the one cancerous blot.

What is its deal, even?

No one can turn the goddamn thing on. It's so fundamentally broken that even its own techs can do little but advise viewers to uninstall the app, turn off their device, turn it back on, and then reinstall the app.

reddit.com / big_stew_336
This is insanity. Fix your product.

I have to start my preparations 20-30 minutes before tipoff every game night because I now expect a cascade of error messages and buffering screens before I ever get to the app's homepage, at which point all I can do is attempt to navigate to the rectangle with the Cavs logo before another buffering screen appears. Most times I'm taken to a screen where I'm invited to click on an "Enhanced View," which I select impulsively when I am able to. More often than not, the app begins to load before I click on anything. All I can do is wait with bated breath. Half the time it works. Half the time I uninstall and start the process over again. The only thing enhanced about the viewing experience is my displeasure.

At the recent Cavs v. Sixers game, I went to a buddy's house and we spent—this is not a joke—the entire first half attempting to get the Bally Sports App to work. We turned off his TV and turned it back on again. We turned off his Amazon device. In his TV's product settings, we emptied whatever the hell the app's cache is. We "Force Uninstalled." Multiple times, we managed to launch the app and were taken to a BMW commercial, which would promptly buffer and then freeze, at which point we'd have to unplug everything and start again. The forbearance required to endure these indignities on a regular basis is frankly embarrassing. We only watched the second half because another friend in the neighborhood brought his Roku over, and by the grace of God the app opened on one of the first few dozen attempts.

What an insufferable piece of shit app! What an obnoxious set of rituals to make Cavs fans go through every time they want to watch their hometown team! Please understand that we are in our twenties and thirties and forties. We are using our parents' cable logins to access the app. Many of our parents have paid unconscionable monthly sums for cable television and on their behalf, we expect the stupid apps to work.

The truly remarkable thing is that Bally's technological errors appear to be universal, and Bally's owners — the Sinclair Broadcast Group and Enteraintment Studios — have done jacksquat about it. Fans are buying the highest speed internet available and securing new devices of assorted brands, all to to hedge against the app's known badness, but to no avail. Anyone who talks about Bally Sports on social media has exclusively horrendous things to say about it. They either proclaim that it is trash or, sweetly, ask if "anyone else is having trouble" with it. Yes. Everyone is. The app sucks.

The experience has in fact been so universally awful that the consensus has turned from anger to disbelief: "Idk how they've fucked this so bad."

Like how on earth can they fail so routinely at their one-ass job? (Streaming Cavs games.) Even if you manage to open the app, by some miracle of perseverance, the stream itself almost never works. It cuts out at random intervals and then plays with less definition than a watercolor painting. How is the screen always buffering? What is buffering? The wi-fi signal is strong. There is no data backed up anywhere. What is the matter?

And why in God's holy name are the commercials so fucking loud? Oh my God. Shut the fuck up. The audio of the stream is obviously poor, but it's not that poor. It's not like we've cranked up the volume. But the moment play-by-play announcer John Michael cuts for commercial break, the volume erupts. It's the sort of thing that ought to be discussed at The Hague. Advertisers naturally want to capture the attention of consumers, and playing commercials at a slightly higher volume is an old trick, and for all we know Bally gets more money for their ads if they agree to play them at higher decibels. But this is egregious stuff. The advertisers themselves—looking at you Tennis Magazine, Tennis Channel and Tennis.com—should be horrified.

Incidentally, is Bally Sports unable to secure advertising dollars from a single entity other than the four or five that have been playing their ads on repeat for months? Must we be subjected to this torture for the second half of the season as well? Is there no salvation in sight?

Until then, the anthemic vamp accompanying the static Bally Sports "Commercial Break in Progress" screen will be the soundtrack of our worst recurring nightmares.

Fix this you monsters.