Slash’s Rhythm Guitarist Has an Affinity for All Things Cleveland 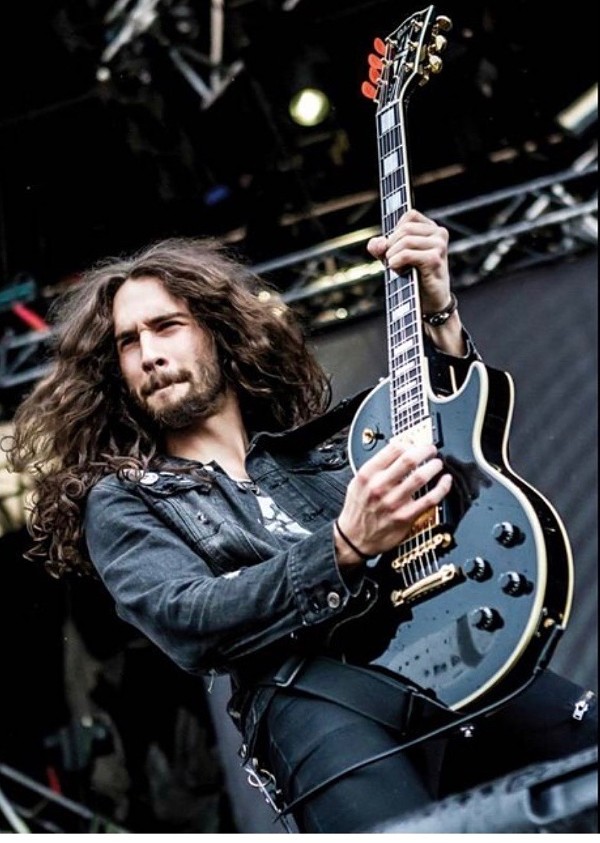 Sidoris Sr., who grew up in Highland Heights, worked as a Cleveland Cavaliers ball boy and Cleveland Indians bat boy. He saw Len Barker's perfect game and witnessed John Elway's drive. His first concert was an Alice Cooper show at Richfield Coliseum on April 4, 1975. In the '80s, he moved to Las Vegas, where Sidoris Jr. was born.

“Living in Las Vegas, we didn’t have a sports teams until recently,” says Sidoris Jr. via phone from a New York tour stop. “My dad is a huge fan of Cleveland, and we always had Indians and Browns games on at all times. It was great because those were my teams. When they went to the World Series, it was just the best.”

Sidoris Jr. had Bernie Kosar, Chief Wahoo and Alice Cooper posters on his bedroom walls. Inspired by the classic rock his father listened to, Sidoris Jr. learned to play electric guitar as a teenager.

“My first teacher moved to California, and I just had the basics under my hat,” he says. “Classical guitar took over for a couple of years when I got a new teacher. I got to go down a different road. In high school, I went to a classical guitar competition for the state of Nevada to compete, and after that, I went back to the electric.”

He joined a local Las Vegas rock band and then got a gig with the Cab, a national act. He toured with the Cab for about a year until he auditioned to play with Slash.

Sidoris Jr. has played with Slash for the past seven years and even participated in the writing process for Slash's last album, Living the Dream.

“This incarnation of the band has been going for seven years now, and you can feel the tightness and how close everyone is on the album,” says Sidoris Jr.

“It’s a home away from home,” he says. “I always wear something [Cleveland centric] that hits close to home with the crowd. I still have to find the proper attire for this show coming up at the rocksino.”