Partners will open an Italian-themed steakhouse 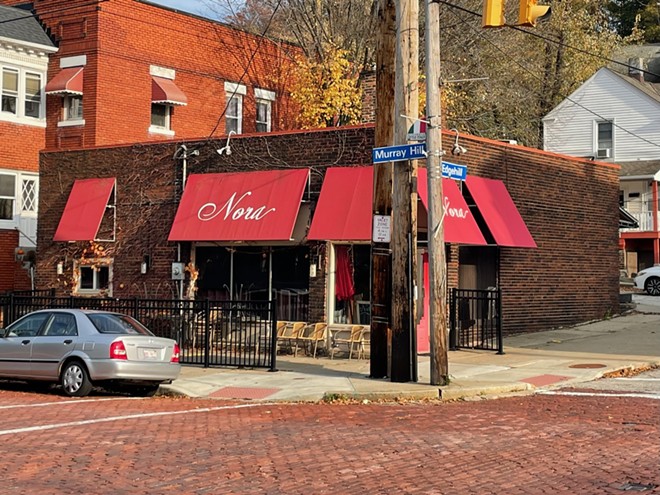 After cooking around town for 55 years, Carl Quagliata will open his first restaurant in Little Italy. Quagliata and his longtime chef-partner Zachary Ladner have inked a deal to take over the charming brick bistro at the corner of Murray Hill and Edgehill roads. The familiar property has been home to many restaurants over the years including Salvatore’s, Tutto Giorno, Il Bacio and, most recently, Nora, which closed a few months back.

Quagliata and Ladner’s restaurant portfolio has been experiencing quite the growth spurt recently. In addition to the 45-year-old flagship eatery Giovanni’s, the team has opened Smokin’ Q’s BBQ and The Village Butcher in Mayfield Heights and Paloma in Shaker Heights.

Ladner says that despite having a lot on their plates right now, the opportunity was just too good to ignore.

“My wife and I live around the corner and walk by the restaurant on our way to the art museum all the time,” Ladner says. “I always said that if the space ever became available it would be really cool. It’s a cute little space with a lot of character.”

For their latest venture the chefs are going for a clubby steakhouse haunt. The 42-seat bistro will serve primarily steaks and chops, but also some seafood and pastas dishes. Given the location, the menu will have some Italian influences.

“I feel like you’re shooting yourself in the foot if you open a restaurant in Little Italy and it’s not at all Italian,” says Ladner.

The restaurant will source many of its high-end ingredients directly from The Village Butcher. Ladner says that the popular east-side butcher shop dry-ages its own beef and will create custom dry-aged products like herb- and whiskey-aged steaks that you won’t see anywhere else.

Ladner reports that the space is in great shape and will not require extensive renovation work. Construction should start around the first of the year with an expected opening next spring or summer.