Chef Michael Grieve Takes Over the Grocery in Ohio City, With Ambitious Plans to Follow 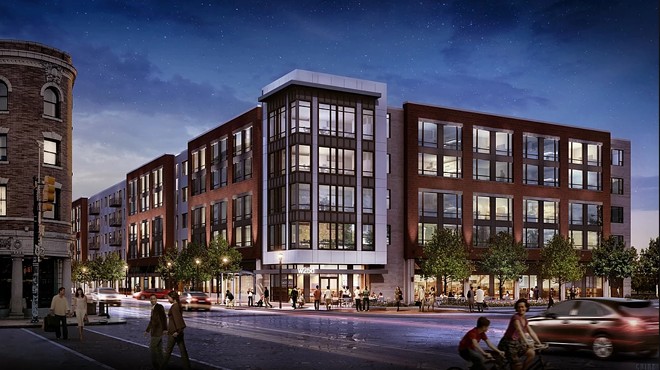 Courtesy Snavely Group
The Quarter, home to The Grocery

After seven years as chef at Tartine Bistro in Rocky River, Michael Grieve was making the rounds at various local restaurant kitchens while pursuing a place of his own. A chance meeting with Rachel Kingsbury ended up with the two exchanging ownership of The Grocery. As of five days ago, Grieve is the proud proprietor of the Ohio City-based café and market (2600 Detroit Ave., 216-387-1969).

“It was a happy dose of luck,” says Grieve.

Located at The Quarter near the intersection of W. 25th and Detroit, the three-year-old Grocery stocks staples like yogurt, eggs, bread and seasonal produce, while offering café-style foods like coffee, smoothies, salads, rice bowls and sandwiches.
As a chef, Grieve sees plenty of room for improvement.

“They were not really drawing business or living up to the potential that the landlord was expecting,” he explains. “I think they gave a valiant effort for what they knew. I’m a chef, but I don’t want to change it so much that there’s a shock. I want to continue the café food but elevate it.”

Visitors can expect everything to get a boost as the chef settles in. Open from 7 a.m. to 7 p.m., the Grocery offers an updated coffee and smoothie program alongside breakfast dishes like granola and berries, buttermilk biscuit sandwiches, brioche French toast sticks with maple syrup, and waffles capped with sweet or savory toppings. Eggs and omelets are made to order. The lunch menu offers a few snacks like confit chicken wings and pizza bites, a handful of salads, and sandwiches starring fried chicken, oven-roasted turkey and seasonal produce.

Grieve plans on stocking the shelves with more local products, food and otherwise.

But the owner has more ambitious plans in store for the space, he divulges. His desire is to shutter the Grocery at the end of the year, renovate the space and replace it with a combination seafood restaurant and retail/wholesale fish market. In addition to the food, there will be a full bar and programming like fish butchery and cooking classes.

“Since I moved back here from California, I just felt that Cleveland has lacked sorely in the seafood game,” he explains. “I’m trying to bring seafood to Cleveland that you can’t get at Heinen’s or Giant Eagle.”

But more than that, the chef hopes to light a fire under what he considers an increasingly monotonous restaurant landscape.

“I want to breathe some life back into the Cleveland culinary scene,” says. “When I moved back, everything was blowing up and we were on this giant upswing. It seemed like everybody was really excited about food and then it just started to putter off and it’s tired and it’s boring and I want to do my best to change that.”