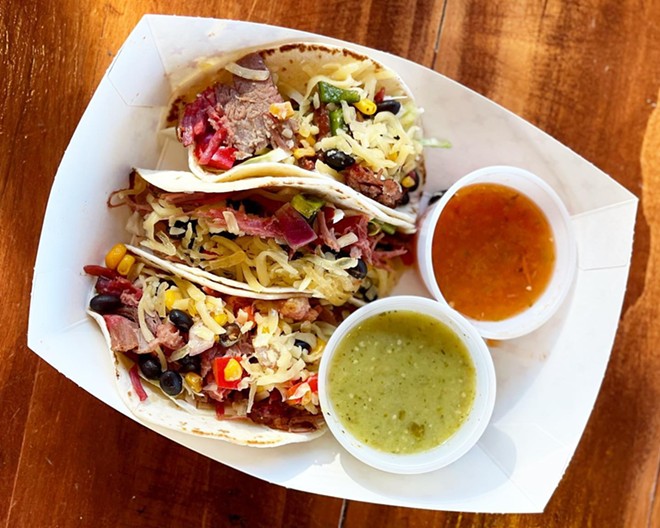 “I’m not going to lie – I’m never going to do two restaurants back-to-back like that again,” confesses Wil Novak.

Novak and his wife and business partner Julie did not plan to open two restaurants within three months’ time, but delays with one restaurant forced the owners to do just that. In August, the Novaks opened Salty Mary's Oyster Bar (look for tomorrow's review) in Westlake. A couple months later they opened Smokin’ Mary’s BBQ Pit and Saloon a little farther down Center Ridge in North Ridgeville.

“We really like BBQ and N. Ridgeville doesn’t have much to choose from in that area,” Wil says. “We thought that clientele would like it.”

Wil and Julie Novak each have worked in the hospitality industry for roughly 30 years. Wil worked alongside mega-restaurateur Cameron Mitchell in the early days, opening one concept after another. Five years ago, the couple decided to strike out on their own with Hail Mary’s, a popular tavern in Westlake.