Sittoo's, the Fast-Casual Version of Aladdin's, to Open in Playhouse Square 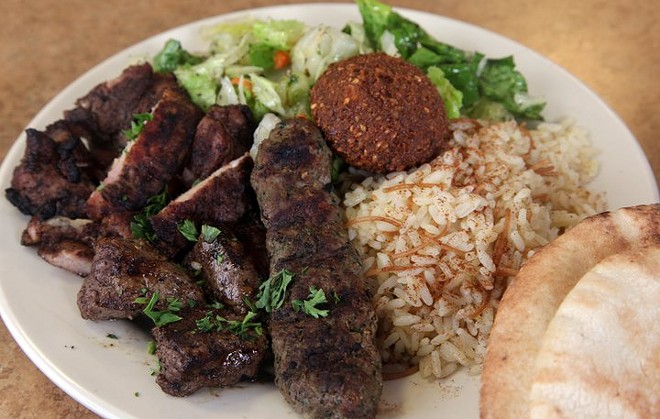 Sitoo's
Fady and Sally Chamoun opened their first Aladdin's Eatery in 1994. Since then, they've grown the operation to 40 locations in four states.

"Sittoo's is similar to Aladdin's, but the food is lighter with smaller portions, but also lower priced, with an average of $4-5," Chamoun explains.

Despite the fast-casual setup, the menu size and food quality are consistent with what diners have come to expect from Aladdin's.

All the classics are here, from hummus, baba and tabbouleh starters, to fattoush, shawarma and shish tawook salads. Rolled pita sandwiches are stuffed with falafel, chicken shawarma, spicy kafta and grilled beef tenderloin. Entrees starring those same items along with rice, salad and pita are also available.

The new downtown location (1350 Euclid Ave.), which should open its doors sometime in February, is in Playhouse Square, in the former home of Raving Med.

"We turned the whole place around," Chamoun notes. "It's going to be really cute, like going into somebody's living room or kitchen."

The relaxed, casual eatery will have couches and communal seating.

"I think Playhouse Square and Cleveland State needed us in there," says Chamoun. "They needed some good food."