'A Bad Moms Christmas' is Anything But Cheerful and Bright 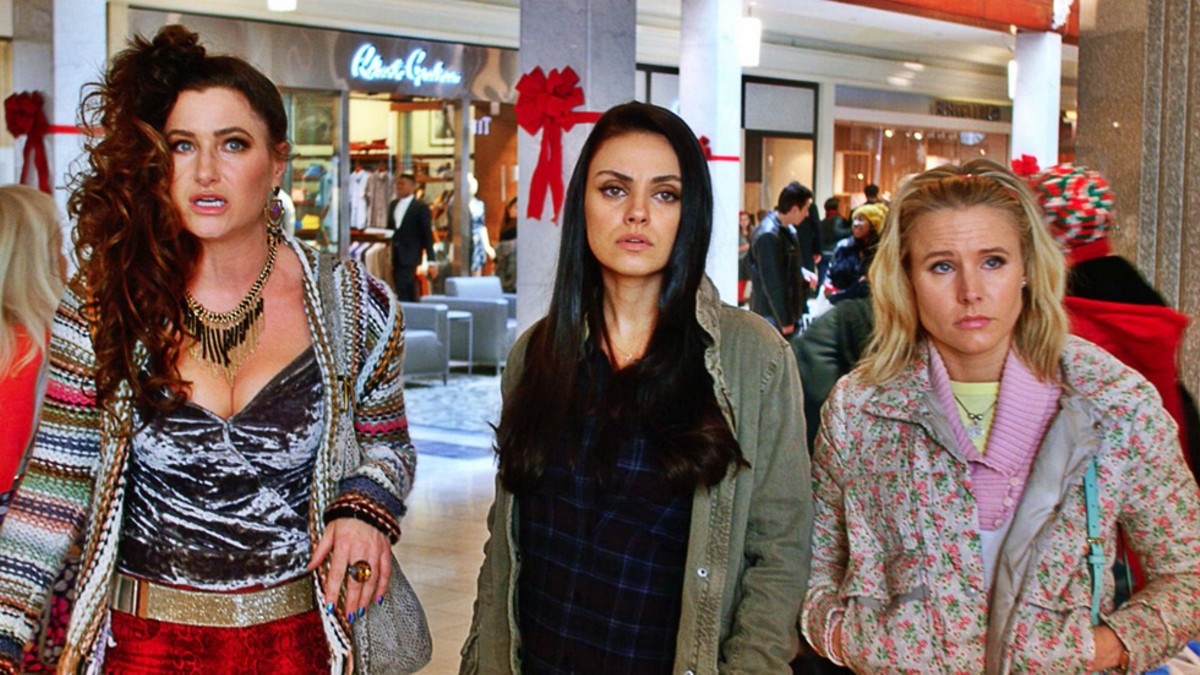 The Christmas season seems to bring with it at least one raunchy and irreverent holiday-themed film. This year's entry, A Bad Moms Christmas, fits the bill. While its stereotypical gender-role-defying spirit is admirable, its rather conventional narrative (the "bad moms" must confront their own "bad moms" and "take back Christmas") doesn't have much going for it. The movie is currently showing area-wide.

Mila Kunis, Kristen Bell and Kathryn Hahn all reprise their roles from the movie's predecessor, 2016's Bad Moms. The film centers on Amy (Kunis) and her attempts to have a mellow Christmas. Her plan hits a snag when her uptight mother (Christine Baranski) shows up and announces her plans to throw a lavish party at Amy's house. She quickly hires decorators who do up the outside to the degree that the place could wind up on an episode of The Great Christmas Light Fight.

To cope with her overbearing, perfectionist mother, Amy recruits her gal pals Carla (Hahn) and Kiki (Bell) for a bit of day drinking at the mall. They playfully molest an unsuspecting Santa Claus and steal a Christmas tree from the Lady Footlocker. But back at their respective homes, they all have mother issues. Kiki's mother (Cheryl Hines) is too clingy, and Carla's mom (Susan Sarandon) doesn't even know her grandson's name.

It's not giving too much away to say that each daughter reaches the boiling point with her mother. Amy has the most drastic response and does everything she can to prevent her mother's party from happening. Even her kids and her kowtowing father (Peter Gallagher) can't believe the animosity she shows toward her mother.

Some of the more serious moments in the film's second half are truly heartwarming, but this dramedy just doesn't have the naturalness of its predecessors (the film relies on an excessive number of mother-daughter montages, for example, and Amy utters "what the fuck" one too many times).

It also leaves the door open for a potential "bad grandmothers," even though those characters all come off as clichés.