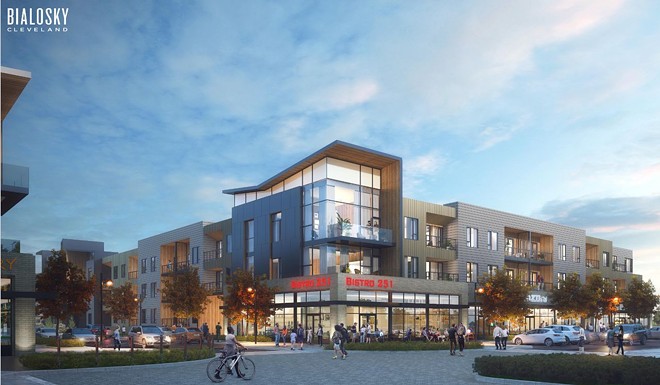 Update: Regal Cinemas at Richmond Town Square will close after today and while original plans for the new mixed-use development to be built on the property originally included a renovated theater, new plans no longer do.

Richmond Heights economic development director Brian Gleisser told the Cleveland Jewish News that the building will be torn down and a Meijer will be built in its place.

“There is not enough space for both Meijer and Regal,” Gleisser said.

(Original story 12/31/21): The current iteration of the 20-screen Regal Richmond Town Square theater will permanently close next week, with Thursday, Jan. 6 being the last day of business. But a renovated version will make a return sometime down the road.

Richmond Town Square mall closed in May 2021 after some 50 years in business and years of recent decline. The property was purchased in the summer by DealPoint Merrill, which will redevelop the site into a $200-million mixed-use development called Belle Oaks Marketplace.

A renovated Regal cinema is part of the plans and the current structure will not be demolished like the rest of the mall.

Richmond Town Square, built in 1966, was once considered the largest indoor mall in Ohio. Some more history below for the curious.