New Found Glory Coming to House of Blues in June 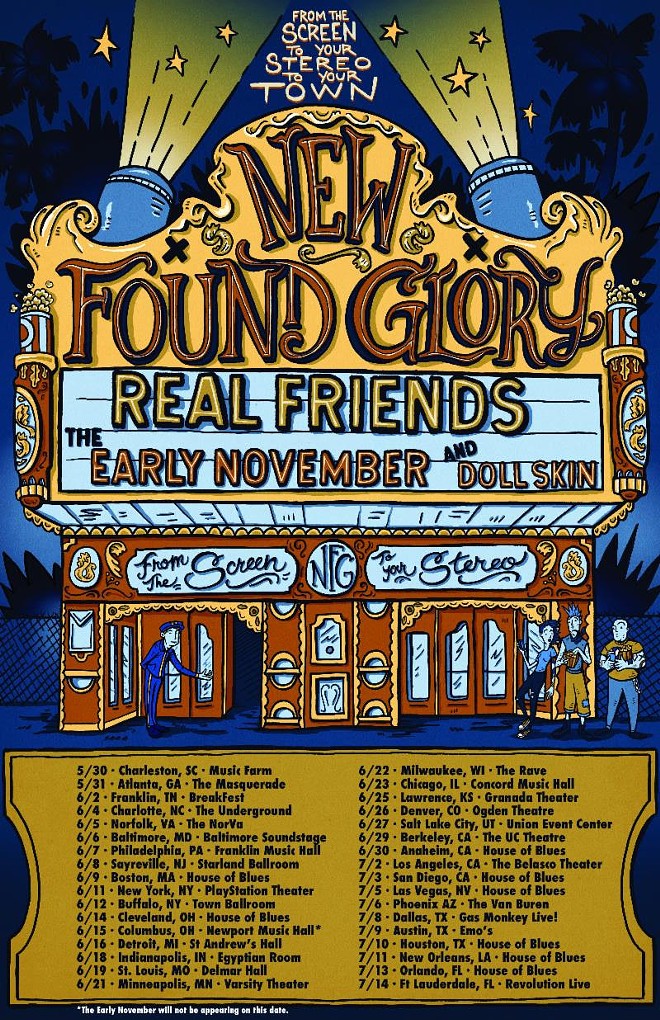 Earlier today, emo rockers New Found Glory announced the dates of its From the Screen To Your Stereo To Your Town tour. Real Friends, the Early November and Doll Skin will join the band for the jaunt that begins on May 30.

The tour include a June 14 stop at House of Blues. Pre-sale tickets and Super Fan Bundle packages are available now at newfoundglory.shofetti.com.

Tickets go on sale to the general public at at noon on Friday.

The tour supports From the Screen To Your Stereo 3, the third installment of the band's fan-favorite nostalgic movie cover albums. The disc features the band’s take on movie themes like "The Power Of Love" from Back to the Future, "Let It Go" from Frozen and "Eye of the Tiger" from Rocky 3.