With slim chances for stardom, New York's CMJ fest is a dingy walk on the indie side. 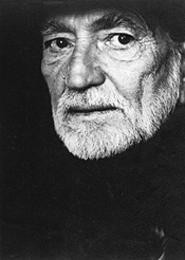 Willie Nelson: He's down with the college kids.
NEW YORK -- More often than not, a night at the ballyhooed CMJ music festival consists of sitting in a dingy club watching Anyband U.S.A. rocking out to an empty room. Panel discussions detail the various ways that major labels screw over their young groups, bottles of Budweiser cost $5.45, and record label representatives hand out "buy-our-product" fliers and CD samplers. It's enough to make you wonder if all the hassles (long lines, expensive cab rides) are worth it.

Held September 15-18 in New York City by the staff of the Long Island-based magazine College Music Journal (both a monthly glossy and an industry-only weekly targeted to college radio), the CMJ music festival has grown exponentially over the years, constantly moving to larger hotels as the number of participating bands has ballooned to over 1,000 (at least a handful of which made the trek from Ohio).

This year, CMJ also included its largest film festival yet, with no fewer than 26 movies screened, including the newly restored print of the Beatles' Yellow Submarine. Once upon a time, the sole focus of CMJ was to expose college radio DJs and personnel to a world of new bands and to provide a forum for these individuals to exchange ideas about college radio's importance in the grand scheme of things.

Trouble is, at this late date, college radio is no longer the primary medium by which new bands are broken. Plus, CMJ has long been a haven for schmoozing, exclusive parties, and a general sense of apathy. Coupled with the explosion of the Internet and the recent music industry mergers -- after which a large number of smaller acts were given their walking papers -- college radio seems to be caught in a tug-of-war. And with so much uncertainty comes the realization that there are simply too many bands out there. You realize you could divide yourself into fourths and still not see all that needs to be seen.

The shows on opening night (Wednesday) offered arguably the toughest decisions. Chemical Brothers, Guided by Voices, or Cheap Trick? The CMJ opening-night party, featuring the Jungle Brothers and Cut Chemist? A midnight rendezvous with the remaining members of the Meters? Not for us. With rain pouring down, we trekked out to a lounge on the lower west side for a cocktail party hosted by Cleveland's venerable Alternative Press magazine.

Next was a no-brainer: the rare opportunity to see Willie Nelson in a small club -- the Bottom Line, capacity about four hundred. Nelson's hour-plus set proved to be one of the highlights of the week -- ironic, considering he's old enough to be most any festivalgoer's grandpa and that he gets minimal, if any, airplay on college radio.

Nelson was sharp; his tales about stealing horses and kickin' back whiskey were endearing despite the big-city backdrop. He and his seven-piece band saved the hits for the end, but they came fast. "Mama, Don't Let Your Babies Grow Up to Be Cowboys," "On the Road Again," and "You Were Always on My Mind" -- thankfully minus Engelbert Humperdinck.

Shifting venues for the first of many times that evening, we watched Cincinnati's Homunculus delight a small but energetic crowd at the Lion's Den with some funky, '70s-style pop. Irish expatriates Watercress incited similar hubbub over at tiny Arlene's Grocery, grafting the spirit of old-school pub rock to a premillennial sense of adventure. Down the road at the Mercury Lounge, Sense Field proved the old adage that most hardcore bands lose it after they sign to a major label -- their emotional modern rock was bland at best. The final stop was the Nightingale Bar, a crummy downtown watering hole that was the unfortunate host for a couple of Cleveland bands over the course of the week. The first, Viva Caramel, braved its 1 a.m. start time and impressed a small gathering with a noisy but tuneful set of songs.

The Thursday night arrival of Hurricane Floyd only complicated the eternal debate. Which show to see? Can we get to this club in time to see another band? Will our festival laminates allow us free entrance? Will anyone buy us drinks? And which of the umpteen panel discussions will we attend? The hurricane meant that it rained pretty hard all day long. Airport closings caused a number of bands to be late or to cancel outright (a highly anticipated midnight acoustic show by ex-Hüsker Dü/Sugar frontman Bob Mould was postponed until December, and Seattle's C-Average was forced to cancel because its plane could not land).

Still, the shows went on. And at the N.Y.C. rock institution CBGBs, audiences were treated to a satisfying array of rock. Aberdeen Lizards did a frighteningly accurate Nirvana impression, right down to the lead singer's bleached-blond mane and fuzzy cardigan sweater, while Chicago's Chevelle unleashed a powerful set of Tool-inspired riffage. Indianapolis's Chamberlain, once a major player in the Midwest's post-hardcore scene, might have astonished listeners who'd not heard them in a while. Long gone are the days of cathartic, fist-clenched anthems; the band now conveys its emotion via heartland rock and roll that owes equal debt to Springsteen and Mellencamp. And finally, Cleveland's Cobra Verde cranked the wayback machine a few years further, as leering frontman John Petkovic and his band mainlined some punk bravado into glam rock's corpse.

The big event on Friday evening was a "surprise" appearance by the Foo Fighters, which had been leaked to the media a week earlier. There's a buzz about the band's forthcoming album, and this gig was one of its first with a new guitarist. Indeed, the line to get into the 575-capacity Bowery Ballroom snaked around the block, as badge-holders grumbled about the true worth of the piece of plastic around their necks. Eventually, a bouncer came out and told the throng that no more badges would be admitted.

Over at Wetlands, the line was just as long to get into a showcase for Jade Tree Records, a label that houses some of college radio's most frequently spun artists. After giving the doorman a small tip, we were inside. Unfortunately, it wasn't worth the trouble. Euphone's drum-and-bass-only lineup piqued the ears, but the pair's pointless noodling eventually sent us to the bar for a $5 pint. Seminal post-punksters Joan of Arc could have shifted the momentum, but instead Tim Kinsella and his band chose to put the sweat-drenched audience to sleep with one pompous postmodern sound collage after another. Only Philly's Kid Dynamite lived up to its hype, inciting some heavy-duty moshing during a set of classic, old-school punk. That was enough for us, and in our wee-hour travails, we downed $9 vodka tonics.

On Saturday, we made it to some of the panels where rock critics like The Boston Globe's Steve Morse and Trouser Press's Ira Robbins battled it out over the editor/writer relationship, and A&R execs critiqued a box full of demo tapes. Later, festival keynote speaker Ice T faced a packed ballroom, ostensibly to offer some insight as to why we decided to attend the conference. He announced that he was there because he "keeps it real," and because CMJ had given him a free hotel room. He then proceeded to proclaim that he could give a fuck about anyone else. Well, same to you, Ice. Platitudes and profanity came and went, and nothing really made much sense until Ice T finally hit on an ostensibly important point. "People ask me, "Where is music going?' It never goes anywhere. It just keeps getting recycled. Music is always going to be too loud, too debated, and turned off."

With that glum pronouncement lingering, Akron native Joe Arthur's mid-evening show at the cramped Fez was a breath of fresh air. Playing with just an acoustic guitar, a harmonica, and some nifty effects pedals that allowed him to sample himself, Arthur offered a set of powerful songs that invoked life's dark side. He was followed by the latest flavor of the month in the U.K., a pretty blond vocalist called Dot Allison. If anything, Allison's above-average performance, her first ever on these shores, proved that some bands are still trying to imitate Portishead.

Over at the Cooler, a converted meat locker on the far west side of town, Boston's Sheila Divine got heads nodding with its catchy, no-frills post-punk punctuated by lead singer Aaron Perrino's brittle yelps. We also tried to check out a showcase sponsored by Revelation, Crank!, and Some Records, a trio of labels with their collective fingers on the pulse of the younger listener. No dice there; too many people were already inside, and no more badges would be admitted. An exasperated bouncer shooed us away.

While the kids had their fun, we trudged across town back to the Nightingale Bar, where Cleveland's the Plastics prepared to commence another 1 a.m. performance. Before a faithful group of friends, the trio soldiered through a rough-hewn but enjoyable set marked by lengthy instrumental breaks. On one hand, such a finale was anti-climactic. But in reality, the Plastics epitomized the experience of a typical CMJ band: traveling hours to New York for no pay, playing in front of a handful of people if you're lucky, and fighting the good fight that makes indie rock what it is. This is the kind of band that stands to benefit most from the exposure that CMJ can provide but inevitably winds up playing just for the fun of it because, after the earplugs are pitched in the trash and the last business card is exchanged, you still don't feel like it's all worth it.