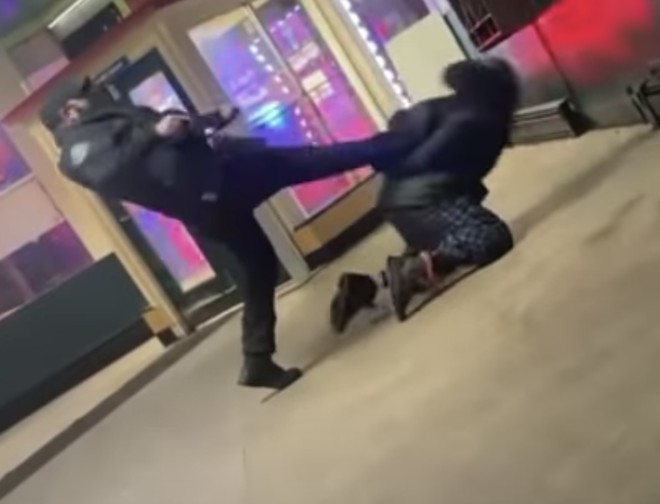 East Cleveland police officer Ian McInnes, a five-year veteran on the force, has been placed on paid administrative leave pending an excessive use of force investigation after he was filmed kicking a man who was already on the ground.

The incident happened at Best Steak and Gyros around 4 a.m. on Monday and began when someone at the restaurant called police and said the man was acting aggressive.

McInnes arrived and outside the restaurant ordered the man to get on the ground, telling him to do so or he would get tazed. The man, as shown in body camera footage released by the department, was complying. But while he was on his knees, McInnes kicked him in the back.

A witness recorded the incident on a cell phone, footage of which was posted to the Cleveland Remembrance Instagram page.


McInnes believed the man was either under the influence of drugs, alcohol, or dealing with a mental health incident. The officer took the man, who was not arrested or charged, to UH for an evaluation.

While waiting there, he told the man, “Lucky you didn’t meet my dog. Last person had to have reconstructive surgery on his arm.”

If not for the witness video, it's likely nothing would have happened.

“I advised internal affairs to commence an administrative investigation only because we actually had not had a complaint from the party,” East Cleveland police chief Scott Gardner told Cleveland.com.