For $400,000, insurers bought the right to take your injury settlement. 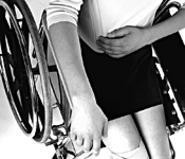 The Ohio Supreme Court is giving drivers a whole new reason to buckle up.
Emily Lawson's leg was smashed and mangled. The 16-year-old had been riding in the bed of a friend's pickup in Defiance when it crashed into a utility pole. The impact catapulted her directly into the truck's path. It chewed up her leg like hamburger.

A surgeon worked through the night to reconstruct the shattered limb. Miraculously, he was able to save it.

From then on, Emily's life would be consumed by endless surgeries and physical therapy. She'd need bone and skin grafts, plus a titanium rod to hold her splintered bones together. Even so, she'd still have the leg of an old man, unable to stand for long and often couch-ridden with excruciating pain.

The driver's insurance kicked Emily's family $100,000, while her dad's policy pitched in $150,000. It was small consolation, but it would help the family get by.

Except that the family's health insurer, the Northern Buckeye Education Council, had no intention of letting them keep the money. Emily's initial medical bills had been paid for by the plan -- to the tune of $86,000. Since the driver's insurer kicked in $100,000, Northern Buckeye wanted its money back. When the Lawsons refused, Northern Buckeye sued.

It was the start of a four-year legal odyssey. The trial court ruled in favor of Emily, noting that, as the victim, she had priority to her own settlement. But an appeals court shot the ruling down; a clause in the contract gave Northern Buckeye the right to recoup its money.

In September 2004, the case went to the Ohio Supreme Court, and in a precedent-setting verdict, the justices ruled 4-3 in favor of Northern Buckeye. Emily would have to pay up. (Crystal Meyer, the benefits administrator for Northern Buckeye, refused to comment.)

The ruling seems to defy logic. Customers pay ever-increasing premiums for health insurance, so they'll be covered in the event of serious injury. Now, thanks to the Supreme Court, insurers can take back every penny, if they can get another insurer to cover the tab. And since settlements from car insurance, for example, are often limited by the size of the premium, families of the seriously injured can end up with almost nothing, save for skeletal coverage of medical treatment.

"You can just have a bunch of insurance companies in the front of the room, just divvying up what the person can recover," says Joseph O'Neil, the Lawsons' attorney. "The people who are hurt in the back of the room, in wheelchairs or paralyzed, can just watch them split the money up."

Until relatively recently, the Ohio Supreme Court favored the little guy. In 1999, the court ruled that commercial auto policies covered employees even when they were off the clock and driving their own cars. The head-scratching decision, Scott-Pontzer vs. Liberty Mutual, led to thousands of claims being reopened. It was open season on insurers.

The 2002 Supreme Court elections gave insurers a chance to stop the bleeding. Former Summit County Prosecutor and GOP sweetheart Maureen O'Connor was picked to tip the court in their favor. Doctors and insurance companies showered her with more than $400,000 in campaign contributions.

When O'Connor won the seat, she didn't forget her friends. She flipped the 4-3 majority of Scott-Pontzer and overturned the decision. She proved her loyalty again as a tie-breaker in the Lawson ruling.

The verdict was the equivalent of pocket aces for insurance companies. Attorney Dennis DiMartino tells the story of a client injured in a motorcycle crash. The man was left permanently disabled, but the driver who hit him had only $12,500 in auto insurance. QualChoice, his health insurer, demanded every cent. The company declined to comment on the case.

In another case, a little girl was killed, and her mother and brother were seriously injured, when an SUV flew across the median on I-71. Five-year-old Joshua Brown suffered permanent brain and spinal-cord injuries. His mother's foot was almost severed at the ankle. The family collected the maximum amount from the SUV driver's liability insurance -- $300,000 -- but their health insurer, NGS American, wanted almost all of it. The family's lawyer had to tell NGS that it could take only $1,500 of 11-year-old Kourtney's $100,000 share -- she'd died shortly after the crash, so that was all she racked up in bills.

"They say, 'We want 100 percent back, end of conversation,'" says Phil Fulton, president of the Ohio Academy of Trial Lawyers. "Our members are going crazy and sending e-mails that they're being told to pound salt."

Lobbyists and lawyers for the insurance industry downplay Lawson's effects. Industry lobbyist Kelly McGivern says that most insurers negotiate as they always have. "It's a matter of fairness," she says, citing statistics showing that insurers settle for less than they paid out in more than half the cases.

But other states have decided not to rely on the industry's goodwill. Indiana adopted a statute based on a sliding scale that limits how much insurers can recoup.

Ohio lawmakers are considering similar legislation. But, to no one's shock, a joint committee of the House and Senate failed to agree on what that should be. State Senator Marc Dann (D-Liberty Township) and Representative Todd Book (D-Portsmouth) plan to introduce parallel bills that leave it up to judges to divvy up the money fairly.

"Right now the insurance company has all the cards, and the person that's injured has none," says Dann.

The two have at least some Republican supporters. Representative Bill Seitz (R-Cincinnati) says he's considering introducing similar legislation, but only for catastrophic cases involving death or the loss of a limb.

But for the Lawsons, justice has yet to be served. Six years after the accident, Emily, now a master's student studying public relations at the University of North Dakota, needs yet another surgery -- this time to repair pinched nerves in her back. Buried under legal bills, her father, Bob Lawson, was forced to file for bankruptcy. He'll never forgive Northern Buckeye for how it treated his daughter. "Whether she walked or she crawled was totally immaterial . . . They could have cared less," he says.