Ohio's asthma rates are higher than the national average 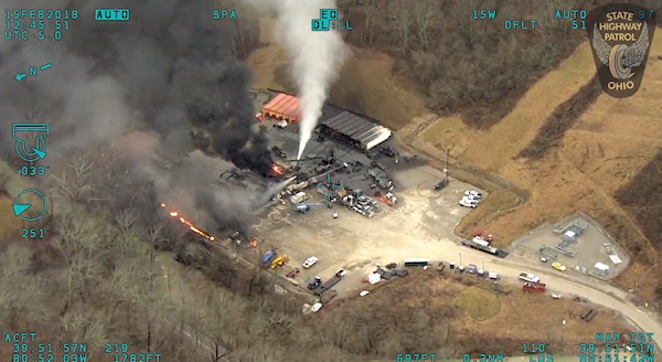 The Environmental Protection Agency continues to seek public input on its recently proposed methane standards for oil and gas operations.

The rules would require routine monitoring at low-producing sites.

Sabetta explained that the new rules would clamp down on the practice of lighting gas on fire at production sites, known as routine flaring, which releases large amounts of methane and other air pollutants into the atmosphere that nearby communities subsequently breathe in.

"One thing that a lot of people don't know is that low-producing oil and gas wells are really abundant in Ohio and in the surrounding region," said Sabetta. "The wells are responsible for approximately half of the methane emitted from all wells sites in the United States."

Sabetta said she believes the agency should implement even stricter rules to eliminate routine flaring.

The EPA is accepting written public comments on its proposal to reduce methane and other harmful pollutants from oil and gas wells until February 13.

Ohio's asthma rates are higher than the national average, and according to state data more than 50,000 residents were hospitalized in 2016 for breathing problems linked to asthma.

Sabetta said reducing the amount of methane emitted from these natural-gas wells will go a long way in protecting kids' health.

"Air pollution from the oil and gas industry can cause respiratory diseases, asthma attacks, increased hospitalizations," said Sabetta. "We can go a long way in curbing climate-change pollution if we reduce the amount of methane emitted from these wells."

"There's all kinds of renewable energies that I believe will not only reduce our reliance on oil and the carbon-based fuels," said Anderson, "but provide opportunities to develop a truly green economy that'll put a lot of the people that are presently working in coal mines and in the oil industry, put them to work installing solar panels and wind turbines."

The Solar Energy Industries Association puts the value of Ohio's solar energy market at $1.5 billion, with more than $380 million invested in solar in 2021.