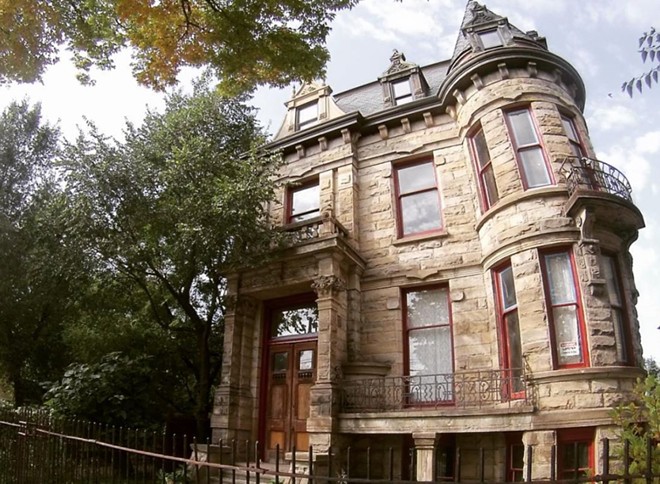 Scene Archives Photo
Franklin Castle is once again getting national attention for its haunted past.

Tonight, the "secrets" of this nationally-registered historical Ohio City house are being explored on an episode of the Travel Channel's Ghost Adventures.


In recent years, Franklin Castle, also known as the Tiedemann House, has been renovated and is affiliated with the Brooklyn, New York-based record company, Norton Records.

For the upcoming episode, the TV show's crew/ghost investigators interviewed resident Bill Krejci, who apparently lives in the so-called "most haunted residence in Ohio" during the winter, and looks into the supposed curse on the building where actual human remains were found in the walls in 1975.

The show airs tonight at 9 p.m. on Travel Channel. For those of you without a cable subscription, check out the episode sneak peek below: