Advocates have already sued the state over the law 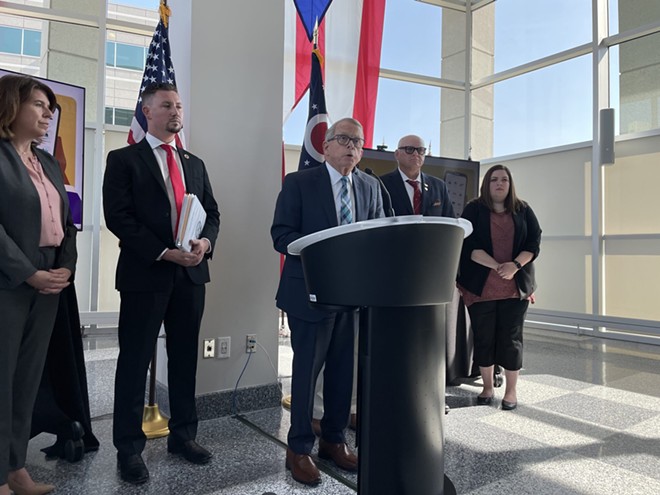 Photo by Nick Evans, Ohio Capital Journal
Midterm voter turnout declined in Ohio from around 55% in 2018 to around 51.1% in 2022, according to data from the Ohio Secretary of State's Office.

In a few months, Ohio voters will no longer be allowed to vote with utility bills or other non-photo documents as proof of identification, when a new law goes into effect, requiring voters to present strict forms of photo ID at the polls.

Samantha Searls, program manager at the Intercommunity Justice and Peace Center, explained older residents, people in rural communities and others who do not drive will have to obtain a new state photo ID, most commonly in the form of a driver's license.

And under the law, new Ohio driver's licenses will be required to list citizenship status.

"Not only do people have to get a photo ID to vote, but that photo ID has to list someone's citizenship status on it," Searls pointed out.

In a statement, Ohio Gov. Mike DeWine said election integrity is a significant concern to Americans on both sides of the political aisle, and he believes the new law addresses their concerns.

"That means that if someone was DACA, or if someone who was a refugee gets pulled over, they're discriminated against even more because of the fact that 'noncitizen' is listed on their license," Searls contended.

Searls added the new law sends a message to the state's more than half a million immigrants, many of whom are naturalized citizens. According to the American Immigration Council, more than 90,000 undocumented immigrants live in the state.

"Unfortunately, the anti-immigrant rhetoric in Ohio has been really bad and has led to concrete situations of harm against immigrant communities," Searls observed.

The Ohio Federation of Teachers, Ohio Alliance for Retired Americans, and Union Veterans and other groups have sued the state over the new law, arguing it imposes severe burdens disproportionately on the young, elderly and Black voters.