Ohio Reports Outbreak of Kids Turning Gay Due to Disney 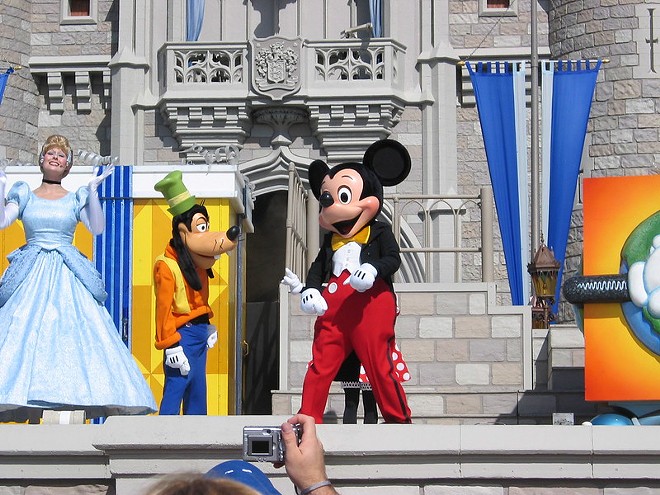 “He was always such a mean-spirited child,” says a 7th grade teacher in Akron. “I was sure he’d end up in prison or the state legislature.”

Then the student’s parents took him to Disney World for spring break. When he returned, “he suddenly had impeccable manners,” says the teacher. “He was even complimenting the Muslim girls on their outfits.”

It’s a story being repeated across Ohio with increasing alarm. Parents of formerly heteronormative kids report a noticeable change, and they point to one culprit: the Walt Disney Co.

The outbreak began last month when Disney CEO Bob Chapek reluctantly came out against Florida’s “Don’t Say Gay” bill under pressure from employees. The new law bans classroom discussion of gender identity and sexual orientation. By treating such matters as too lurid for public discourse, the logic goes, children will be cast to misery and isolation, serving as a clarion call to all: This is what happens when you decide to turn gay.

Yet given a chance to pick on struggling kids, Disney balked. It revealed what many have long suspected: that the company is indoctrinating children through its movies, TV shows, theme parks, and the broadcasting of women’s sports on ESPN. “This suggests Disney is purposefully influencing small children with its political and sexual agenda,” says Congressman Jim Banks (R-Indiana).

The company now faces a backlash of boycotts and protests. It’s a parental wrath not seen since the book banning epidemic the month before. Or the mask mandate wrath before that. Or any of the other wraths that crop up weekly.

Barry Longwright is indicative of the personal cost. Last week, the Chesterland dad was talking to his son about the deer hunting trip they planned for fall. The boy then left to watch Frozen II. When he returned, he wanted to skip hunting to volunteer at a food pantry instead. “Where did I go wrong?” the anguished father cries. His son is now in conversion therapy.

Many are likening the gay outbreak to the battle over same-sex marriage a decade before. At the time, conservatives warned that men would leave their wives en masse for ski instructors named Francois. Today, traditional marriage has all but disappeared.

Some argue that conservatives are merely repackaging their decades-long fight against anything LGBTQ. Not so, says Sen. Lindsey Graham (R-South Carolina). He cautions that Republicans aren’t against gayness. They simply want it kept shameful and hidden away. “Like in a Senate office after everyone else has gone home for the night,” he says. “Or in the parking lot of a South Carolina country club.”

More than a dozen states have already banned talk of gender identity and sexual orientation. Yet Ohio, a formerly moderate state, has been slow to jump on the bandwagon in crushing individuality and personal freedom. State Representatives Mike Loychick (R-Bazetta) and Jean Schmidt (R-Loveland) are about to fix that.

They’ve introduced an Ohio version of the “Don’t Say Gay” law. It folds in Florida’s ban on discussing sexuality, while also restricting lessons and books on slavery, segregation, and other “inherently racist concepts.”

There’s little evidence to suggest that books can make you something you’re not, otherwise generations of kids would have turned into talking dogs. Yet parents note the lack of evidence only makes the theory more convincing, much in the way voter fraud has. The bill is expected to sail through the legislature, at which point Gov. Mike DeWine will abandon any principle and sign it into law.

That day can’t come fast enough for Ginny McCleary. Only a month ago, her eight-year-old daughter was shy, always deferring to the boys in the room. Then she played with Disney Princess dolls at a sleepover. By the following morning, she was voicing her own opinions and dunking on boys in Nerf basketball.

“How will she ever find a husband?” a sobbing McCleary asks. “I just want my daughter back.”