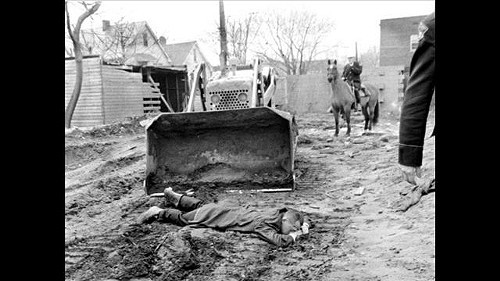 A Cleveland elementary school which was once the site of a tragic civil rights-related death will soon be torn down.

The Cleveland school board recently approved the demolition of Stephen E. Howe Elementary School, the same school where a 27-year-old minister was run over by a bulldozer for protesting the school's construction in the 1960s.

The PD reports that the school's construction sparked protests in 1964 from opponents who considered it an attempt to prevent racial integration.

Bruce Klunder, a 27-year-old minister, was killed on April 7, 1964, after protesting the school's construction by lying down behind a bulldozer.

The bulldozer's driver backed over Klunder after other protesters placed themselves in front of the machine.

Despite the attempts of onlookers to shout warnings to the driver, he was unable to hear them over the sound of the bulldozer's engine.