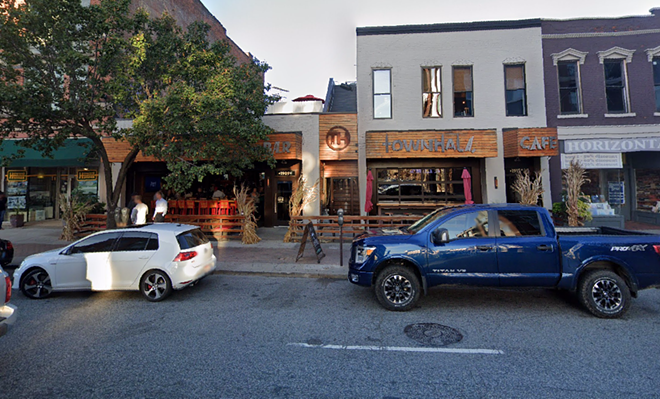 In a federal lawsuit filed last week in the Northern District of Ohio, Bobby George, along with other restaurant owners in Ohio and Florida, alleges that the Small Business Administration expedited Covid-19 relief money from the Restaurant Revitalization Fund according to a policy that prioritized women, veteran and minority-owned businesses "in order to avoid effective Court review." (Full complaint at end of story.)

That policy was struck down by various courts around the country mere weeks after the RRF opened for applications in May. By the time the courts acted, ruling the SBA couldn't prioritize relief based on gender or race, the $28.6 billion set aside for restaurants in the American Rescue Plan Act by Congress had been exhausted.

The Restaurant Revitalization Fund effort was plagued by general confusion, errors, and a crush of applicants vying for a slice of the pie that was never large enough to help everyone: More than 265,000 businesses didn't receive grants, applicants sought three times ($75 billion) more than what had been allocated, and more than 3,000 women and minority-owned businesses that had initially received approvals had their grants rescinded after courts issued rulings on the priority policy.

The lawsuit from George and others claims the SBA dispersed the funds while knowing the policy was unconstitutional.

"It is obvious that the SBA and the Defendants accelerated the review process in order to avoid review by the Courts," the lawsuit contends.

The priority line for restaurant relief was designed by lawmakers and the SBA to target businesses owned by historically disadvantaged groups, especially after studies showed that minority businesses were disproportionately kept out of the Paycheck Protection Program in 2020.

(Mobile users may have to switch to desktop view to access PDF below.)