Spend some quality time with some ghosts 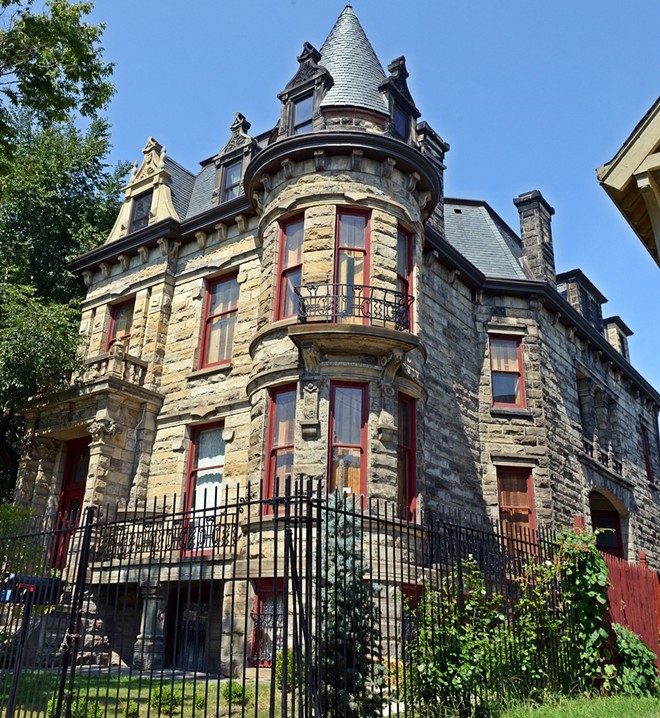 It's one of Cleveland's spookiest landmarks and you can now get a firsthand experience at the Franklin Castle as the owners announced this holiday weekend that they're opening the house up for overnight visits.

"While some of the Franklin Castle's most ominous chambers are about to have their doors unlocked for you to stay the night, others are quietly reflecting on their stories. It’s probably not wise to spend the night by yourself, so find companions, huddle close, and wait to see what the night brings. If it’s any help, you’ll find a notebook and pen next to your beds to keep track of everything you experience while you’re here.
Whatever the circumstances may be, we want to extend our heartfelt greeting to you from within the kastle and assure you that the night will be a journey you won’t forget."

Available for Friday and Saturday night sleepovers with the assorted ghosts who call the Franklin Castle home are Emma’s Rooms, Johanne’s Rooms, Louise’s Dwelling and The Kastle, with prices ranging from $175 to $245 per person.

Hannes Tiedemann, a German immigrant and co-founder of Union Banking & Savings Co., built the home in 1881. He and his wife, Louise, dealt with the loss of four children, among other deaths. Because of the many deaths surrounding Hannes, people became skeptical that he was involved. One of his daughter’s deaths occurred shortly after his mother’s death in 1891. His brute reputation didn’t help either. Once his wife died, he quickly remarried, prompting him to sell the house. Tiedemann died of a stroke shortly after.

Book yourself a haunted visit at the Franklin Castle overnight stay site.