You Can Now Buy RTA Bus Passes on the Transit App 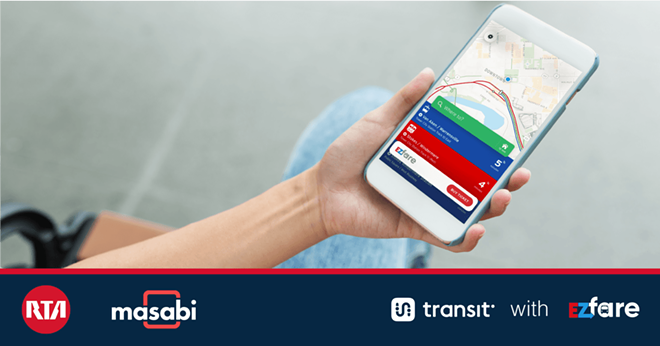 Masabi
RTA mobile ticketing will now be hosted by EZfare on the Transit App.

The Greater Cleveland Regional Transit Authority (RTA) this weekend launched its mobile ticketing partnership with EZfare on the Transit App. Passengers who have been purchasing single ride, all-day and 7-day fares on the RTA CLE app can now do so via EZfare, which will become the system's official mobile ticketing provider and, on the Transit App, is integrated with other regional transit systems.

Today is the day @EzFare has launched! 🚀@Transitapp users – You’re app just got enhanced. Not only can you get real-time information and plan your trip, but you can also buy your fare. Link Transit to an EZfare account for a single app for all your transit planning needs. pic.twitter.com/5oV0bE83Mk


RTA is in fact the 14th transit agency in Ohio, Michigan and Kentucky to offer tickets via EZfare on the Transit App. Using a single app, riders can now purchase tickets in Cleveland, Lake County, Medina County, Stark County, Portage County, Sandusky, and elsewhere. The goal, says RTA, is ease and convenience for passengers.

“The reality of modern transit is that we need to create offerings which reflect our customers’ needs," said India Birdsong, RTA's General Manager and CEO, in a press release last month, when the partnership was announced. "Regional travel can quickly lose its allure when several tickets and passes across multiple agencies are involved. EZfare solves this, consolidating unnecessary extra steps into one ticket in the Transit app to travel across three states."

RTA will reportedly begin installing electronic validators on the HealthLine and on the rest of the system's bus and train fleets, allowing riders to scan tickets from their phones when boarding. Currently, at Tower City, only one turnstile in each direction is outfitted with a scanner for the RTA CLE app. And on buses, passengers must show their in-app purchase to the driver to board. 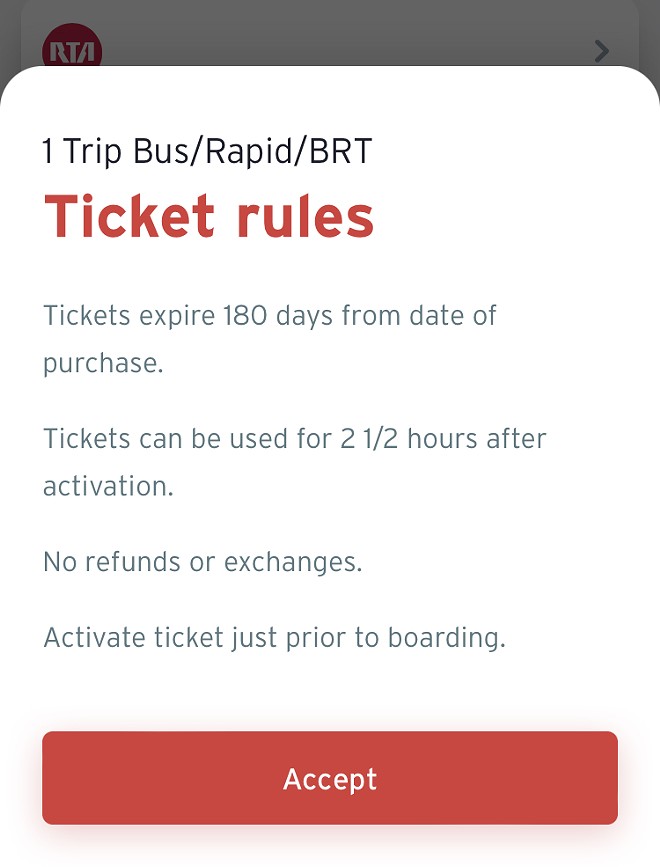 Many regular riders already use the Transit App to help plan routes and to monitor the location of buses and trains in real time.  The app is available for free in the App Store. Once you've downloaded it, click on the EZfare "Buy Ticket" button at the bottom of the screen. From there, you'll have options to buy single trip, all day or 7-day passes. (Monthly passes will be available until the sixth of each month.) Single trip tickets expire after 180 days.

Advancements in mobile ticketing that make riding RTA easier come at an opportune time, as increasing numbers of Clevelanders are opting to use public transit, given the relaxation of Covid restrictions and the stratospheric rise in gasoline prices.

RTA reported that in April of this year, total system ridership was up 23% over April 2021.  Though rider totals have still not clawed back to pre-pandemic levels, there have been substantial increases in ridership across buses, trains and the HealthLine in each month of 2022 compared to last year.