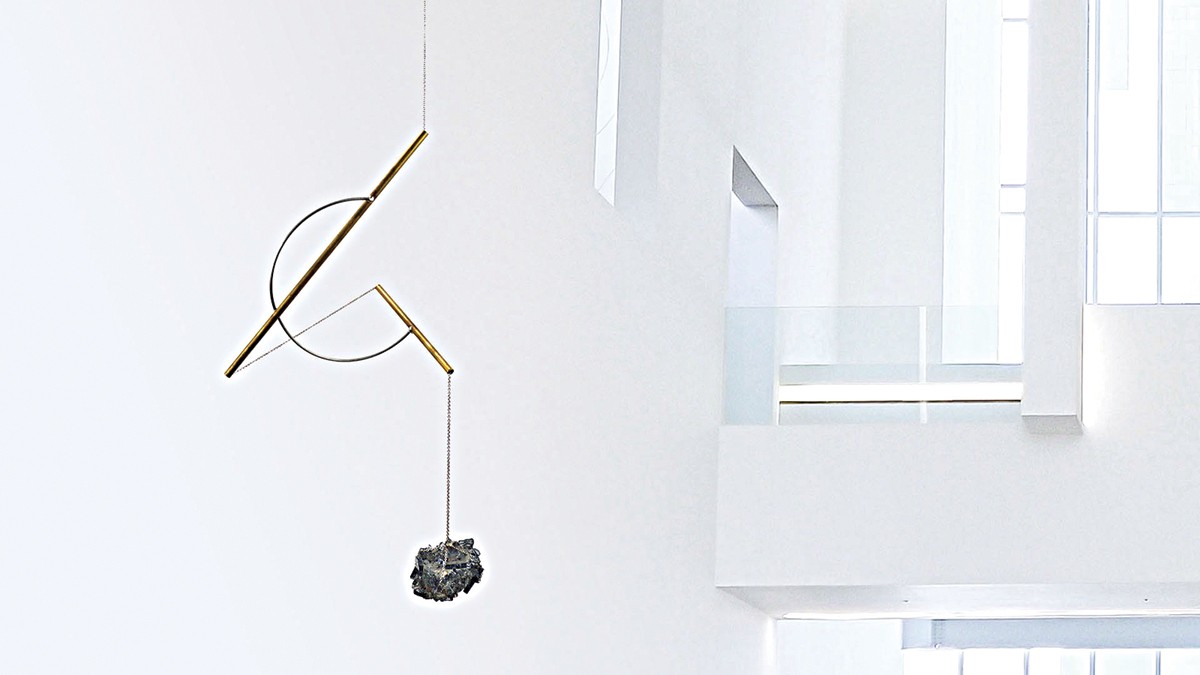 If you're not already familiar with Deanna Dionne, you should be. The Michigan-born artist behind the newly rebranded Street Glass Studios, formerly known as Cleveland Street Glass, moved here in 2014. Her car was broken into several times since then, but she has turned that series of unfortunate events into a boon for creative grit and chutzpah. It turns out that mining art materials from her environment is genetic.

"My parents met at an art show," the artist says. "My mom was selling macrame and my dad was selling pottery. They moved to the Upper Peninsula to live off the land and my father started Teaspoon Creek Pottery. He would dig up the clay near the creek. He built his own studio and kiln, as well. The more I thought about my own work, the more I realized that I'm doing what my dad did. It's just that the glass was there and it's available and if it were something else on the street, I might be working with that, too."

At the time of our studio visit with Dionne a few months back, she had been working on a proof-of-concept installation. Here she has pieces of auto glass stuck in the wall, like shuriken (throwing stars) lobbed at high velocity. Alongside this piece, there are other sculptural works. We are intrigued by a particular mobile that has striping and ask if that striping is something she added, only to be told that the mobile was created from a tinted rear window; the stripes come from the defrosting mechanism, of course. "Some pieces were too big for jewelry and they sat in the studio until I could do something with them, so I knocked out these mobiles within a week, driven by inspiration. I also like the concept of chains going through tubes and the whole structure. That's something that comes from jewelry making."

Dionne is completely self-taught and also at a point in her career where people are giving her materials to work with. In her studio, she has a windshield from an auto glass warehouse that was donated to her. "It's nice to receive these, because now I can control the break," she says. "I was at the holiday show at the 78th Street Studios and someone walked up to me with this full pane of glass. Can you imagine? They took the time to move the glass from their garage, transported it in their car, and carried it up the stairs to give it to me!"

The artist has instituted a hiatus on events for a while. "I'm at a crossroads and not doing events with my art for a while," she explains. "Multiple events in a month were too much hustle and I was making jewelry for each event and couldn't concentrate on my sculpture. At Christmas I dove into sculpture, and it was really exciting; so I had to step back from doing events so I could grow as an artist." The return on investment in an art show is a real struggle for makers. Sitting for eight hours and only selling $80 worth of work can be exhausting when you think about what you could be doing in the studio. "There's the risk during the lean times on whether to spend money on art supplies or on food. That's very real. The past two years at this time I was more depressed than I am now. I think that's because I'm changing that wheel. I'm in a better head space this year, so although I don't know what is on the horizon, it'll be okay."

Since our studio visit, Dionne has been expanding her vision. "When I was in eighth grade, my dream was to be a website designer, so I taught myself; and then I thought I could be a children's book illustrator, and I illustrated two children's books and then I said to myself, okay, well you've done that now, too. Now I feel accomplished with jewelry brand and now I've started sculpture and it's a little more unclear and I feel like I need a big goal that's not so achievable, you know? So it'll take 10 years to accomplish instead of three. I live so much into the present, I have a difficult time with numbers and surviving and I live year by year, but I don't want to be in a hamster wheel. I'm breaking that cycle."

On Saturday, May 4, Dionne will be hosting an open studio from 11 a.m. to 3 p.m., where guests can check out her jewelry and also interact with her sculptures. Open studios are a great opportunity to get to know an artist and their work in a less formal setting.

We are also pleased to learn that Dionne will be one of the exhibiting artists during the sixth annual Rooms to Let in Slavic Village. She is creating a site-specific installation featuring scavenged auto glass as well as other urban materials she will mine from the area, according to her social media posting.