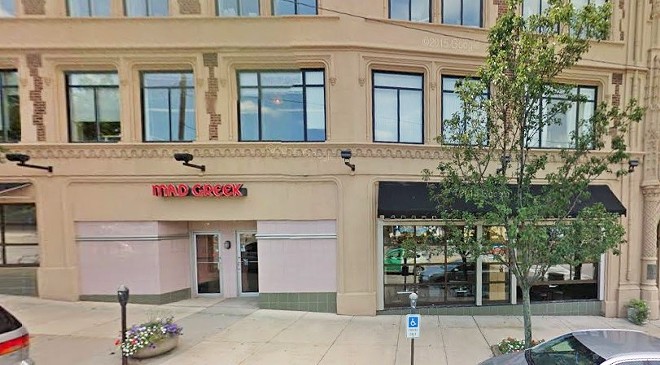 The year was 1976 when Loki Chopra opened up the Mad Greek restaurant at the Coventryard Mall in Cleveland Heights. The owner had an idea to combine the foods of his native India with the family recipes of his former wife, who was Greek. The result was a restaurant with a dual personality, a rarity then and still. Mad Greek moved to its current spot at Cedar Road and Fairmount Boulevard (2466 Fairmount Blvd., 216-421-3333, madgreekcleveland.com) a few years later. Since 2002, when Chopra passed away, his son Chris Chopra has been running the show.

All that ends this summer when Mad Greek, after an impressive four-decade run, will close its doors. The popular spot at the top of Cedar Hill has been “on the market” off and on for years, and it finally has been snatched up. This fall, Barrio Tacos will open its fourth full-service location (fifth if you count Progressive Field).

“We’ve been looking to go to the East Side for a long time and just haven’t found the right spot,” says owner Sean Fairbairn. “We’ve looked in Coventry and Lee Road and we just feel like the Cedar-Fairmount area is a great area.”

Today, Fairbairn submitted his plans for the space to the City of Cleveland Heights. Those plans call for expanding the bar, opening up the dining room and adding a rear garage door to better unite the back patio with the interior. The Mad Greek already has two front garage door panels that open up to the sidewalk. The final plans call for approximately 100 indoor seats and another 30 out back. Fairbairn also says that he intends to work with the city on updating the façade.

Mad Greek will continue to operate in the space until the plans are accepted and Barrio gets the keys.

Considering that Barrio launched in Tremont only four years ago, the company’s growth trajectory is pretty impressive. In addition to that southside location, Barrio added a spot in Lakewood and Downtown on Prospect. The crew also operates three food trucks.

To help support all that growth and expansion while maintaining quality and consistency, Barrio recently hired veteran chef Pete Joyce to oversee the food. Also, Barrio is wrapping up construction on a central commissary that will deliver fresh food to each store daily.

Fairbairn thinks that Barrio will be a great complement to the neighborhood and he couldn’t be more thrilled to join those already in the area.

“We always look to help build up neighborhoods and feel that the Barrio concept is a great fit for that neighborhood.”

Owner Chris Chopra was reached but declined to comment on the transition.