Both have been semifinalists before 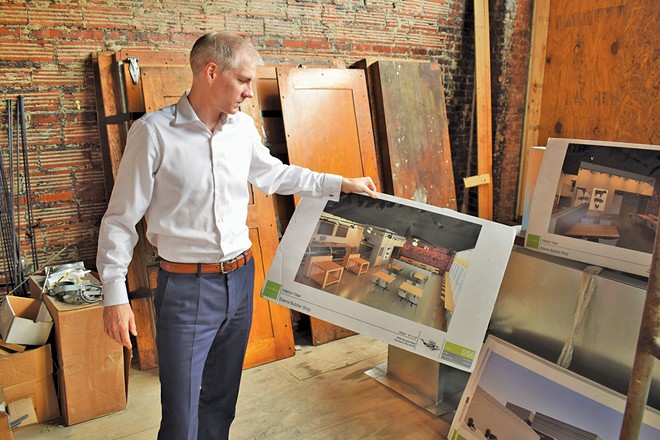 Cleveland is represented twice in the 2023 James Beard Award Semifinalists, which were announced today, and both have made previous appearances on the list.

Brandon Chrostowski, for the second year in a row, is a semifinalist in the Outstanding Restaurateur category, which recognizes,  "A restaurateur who uses their establishment(s) as a vehicle for building community, demonstrates creativity in entrepreneurship, integrity in restaurant operations, and is making efforts to create a sustainable work culture."

Joining him on the list is the trio of chefs at Larder — Allie La Valle-Umansky, Jeremy Umansky, and Kenny Scott — who are semifinalists in the Best Chef: Great Lakes (IL, IN, MI, OH) category.

They've been in this territory before. Umansky was a finalist for the 2022 James Beard Foundation Media Awards, Larder was semifinalist for Best New Restaurant in 2019, and the three were semifinalists for the Best Chef Great Lakes category in 2020.

Finalists for the 2023 awards will be announced on March 29 in advance of a winners gala in Chicago on June 5.

Voting for the awards has changed in recent years following scrutiny over the lack of minority winners in the awards and a lack of diversity in the voting bloc.

New procedures to "remove any systemic bias," "increase the diversity of the voting body" and "increase transparency in how the Awards function" were installed.