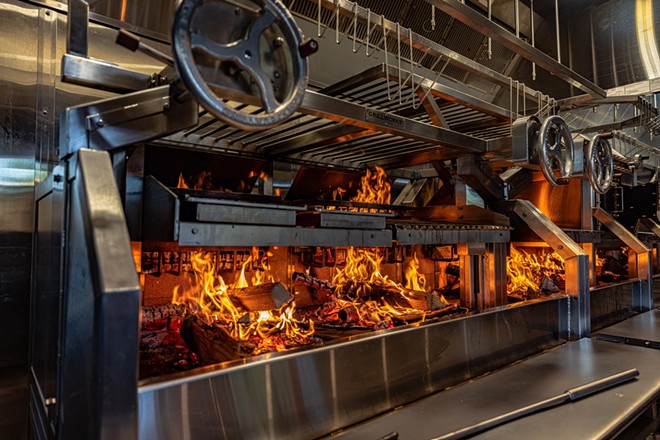 Two weeks ago, Matthew Spinner announced his departure from Bar Oni in Tremont, where he was chef-partner. He had been at the property for seven years when you tack on his time at Ushabu, the shabu-shabu joint that preceded it.

At the time of the announcement, Spinner alluded to a new executive chef position that he had accepted, though he wasn’t at liberty to reveal where. Now we know. Effective immediately, Spinner will be heading up the kitchen at Pioneer, the wood-fired sports bar at Intro in Ohio City. As a passionate outdoorsman who enjoy hunting and fishing, the chef is a natural fit for the wood-fired cooking that takes place there.

Brian Whalen, the chef who had been running the show, has shifted his attentions to Jaja, the fine-dining restaurant that just opened on the second floor.