It's Hard Not to Love George's Kitchen, a Westside Mainstay for Almost 40 Years 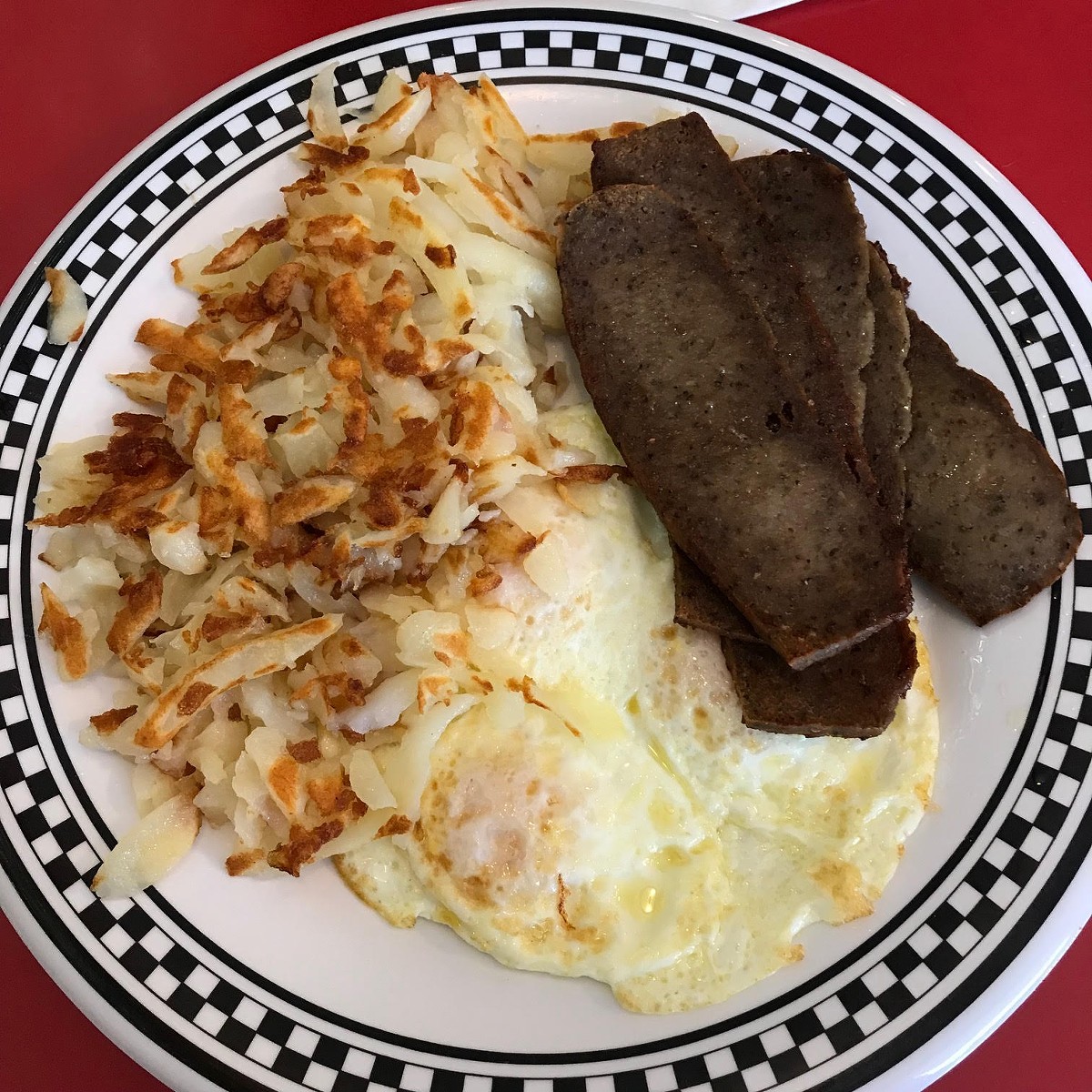 George Pasalis opened the joint back in 1980, taking over a Manner's Big Boy just steps from the Triskett RTA station. Over the years he's expanded the building into a seemingly boundless restaurant equipped with more booths than a trade show. Counter seating is available for singles. Upon arrival, guests are instructed to "sit anywhere you'd like" by George or another longtime staffer. When you do sit down, you'll be handed one of the longest menus in town.

Like any book-size menu, this one takes some navigating to avoid pitfalls. Breakfasts here are great, with a number of egg dishes served all day. A basic breakfast of eggs, home fries and toast will set you back less than $5 with tax. When we order the gyro platter with two over-easy eggs ($5.95), our server says, "Would you like three eggs anywho, since it's the same price?" Oddly, two or three eggs makes no difference to the tab. The meal includes a mountain of golden brown potatoes, sliced gyro meat, three eggs, toast and a side of tzatziki sauce.

Soups like thick and hearty bean; comforting chicken with fat, wide noodles; and meaty beef barley (all $2.25) rotate in and out depending on the day. Order one and it will be on your table before you have time to tuck your napkin into your shirt. Burgers, patty melts, turkey clubs and grilled cheese sandwiches — all around $5 — fly through the kitchen pass at a steady clip. The fried chicken dinner ($7.95) is hard to beat, with four pieces (wing, drumstick, thigh and breast) of crispy bird served with fries, slaw, bread and butter.

As good as some things are, others completely miss the mark. That's bound to happen when your menu veers from crab cakes to Swedish meatballs to barbecued ribs to pork stir fry. We heard great things about the moussaka ($7.25), but ours included baby-soft pasta, watery whipped potatoes, and too-sweet sauce. A side of frozen vegetable medley did little to buoy the plate.

But despite the occasional dud, we can't stay mad at George's for long, especially on weekends when those breakfasts are one of the few reasons to get out of bed.