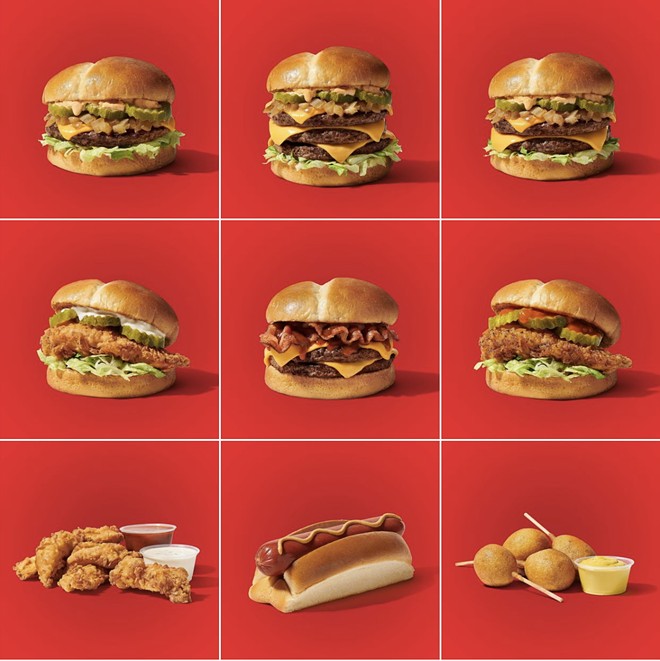 Courtesy Shake It
Some of the offerings at Shake It

After closing Kindred Spirit at Van Aken District late last year, which replaced the short-lived Sawyer’s restaurant, Michael Schwartz of Forward Hospitality went in a completely different direction. Shake It, which he describes as a "fun, approachable, simple and quick” burger concept, is now open.

Shake It is a family-friendly eatery with roots in a Chicago project of the same name, which has been in the works since 2017. While far from edgy or original, the burger restaurant does fill a gap in the Van Aken District market.

Shake It features a menu of single, double and triple Ohio grass-fed beef burgers (not smashed, Schwartz is quick to point out) with Shake It sauce and various condiments. The burgers are joined on the menu by hot and non-spicy fried chicken sandwiches, fried chicken tenders, kobe beef hot dogs, crinkle-cut fries,  salad and sides. Given the name, customers can count on classic and creative milkshakes.

Schwartz says that the restaurant leans into technology, with guests being able to place orders at kiosks, on their phones or in-person at the service counter, which doubles as the bar. There are TVs and tables for dine-in service.