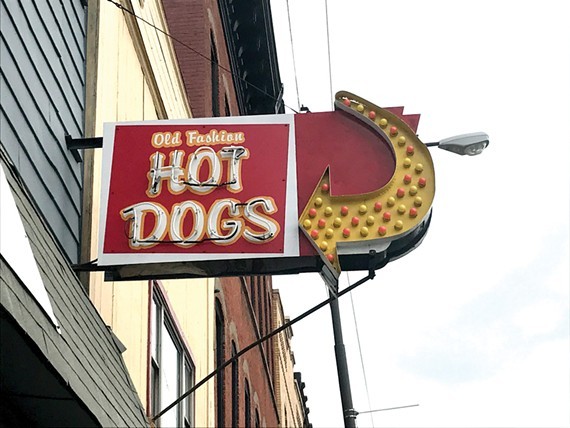 Photo by Billy Halal
There are some businesses on Lorain Ave. that can claim to have seen decades of Cleveland life and change in the neighborhood.

And then there's Old Fashion Hot Dogs, which has seen nearly a century of change.

Recent years of development near Old Fashion's perch at Lorain and West 41st have brought seismic change, and that has helped spell the end of the legendary establishment as Old Fashion Hot Dogs will close its doors on March 29th after 92 years of business.

"As with everything these days, developers have taken over," says co-owner Tom Sorma, who bought the business with his brother Pete and his deceased brother John 32 years ago. "Someone bought this property and they're gonna tear it down and put an apartment building here. There were tentative plans — he had wanted to give me the opportunity to come into the new building — but at my age at 67, it's too late and too expensive.

"It's been great," he says. "The customers have been good. Just like anything else, there are ups and downs, and here, at night, you're trying to sober people up and you can run into problems there. But it's been amazing. Who gets to run a business that's been around for 90 years?"

"It's been a Cleveland staple," says Mary Sorma, Tom's daugther. "The diner has fed any walk of life any time of day, and night. It's a place where my mom's warm smile welcomed you, my uncle's harsh tone sobered you up a bit, and my dad's timeless charm had you hooked. It's a place where every Sorma child worked, by choice or not. It's a place that three brothers bought wide-eyed and hung on to for three decades, way before the area was trendy. The only thing I ask of you: Let's close the doors of a 92-year-old Cleveland-owned family business with grace. Send my family off with a retirement fund. Tip generously — lord knows they deserve it."

(Note: The restaurant is cash-only.)

The Sormas bought Old Fashion from Emmanouel "Mike" Vasiliou, a Greek immigrant who, after a stop in New York, came to Cleveland and opened the lunch counter in 1928.

He operated the business for decades while not eating a hot dog himself — "He tried one once and spat it out," Tom Sorma told Scene a few years ago. "He avoided processed meats and all that stuff."

"We got by for many years on volume," Tom Sorma told Scene. "Volume is everything."

And volume is what Cleveland can deliver in the final month and a half before the doors close for good. It's only fitting for what Old Fashion has given Cleveland since 1928.