Two New Reasons to Leave the House: Ramen in Uptown, Sushi in Mentor-on-the-Lake 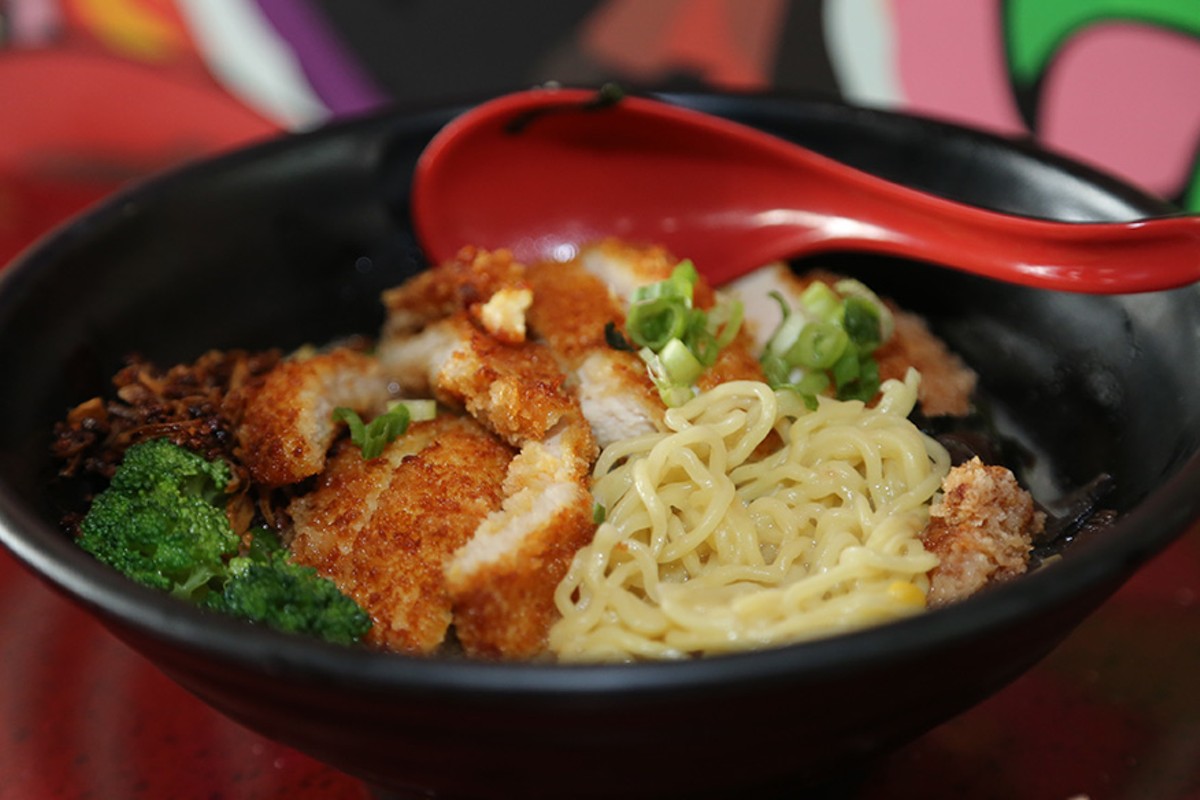 The Yee family has been on the leading edge of culinary trends since 1978, when they opened Otani Japanese Restaurant in Mayfield Heights. Back then, sushi was about as exotic as food could get in Cleveland, and Otani was where many local foodies had their first taste of raw fish.

So it comes as no surprise that the Yees, once again, are taking a chance on a budding food trend: the fast-casual ramen shop. It's the way people like to eat these days, notes Janet Yee, pointing out that speedy but high-quality shops like Otani Noodle are poised for growth.

Tucked among a strip of forgettable chain eateries, Otani Noodle is one of the newest businesses to join the Uptown family. The slim slurp shop, which opened in June, is elegant in its simplicity. In place of the now-ubiquitous quick-serve process that finds diners faced with countless choices and infinite permutations, Otani proffers a perfect 10-item roster.

The straightforward pictorial menu consists exclusively of predesigned bowls numbered one through 10. The most prevalent broth here is tonkotsu, a rich and opaque brew made from long-simmered pork bones. It's the star of roughly half the choices. Rounding out the broths are miso, made from fermented bean paste, shoyu, a soy-based broth, and the odd man out, tom yum goong, the popular Thai hot and sour soup.

Most bowls come with bouncy ramen noodles, which have the consistency of al dente egg noodles. Since they continue to cook in the hot broth, the quicker you eat them, the better they are. The tom yum goong swaps the ramen for rice noodles, and one of the shoyu bowls contains udon.

Each bowl is topped with a different main event, from sliced char siu roast pork or simmered pork belly to crispy tempura-fried shrimp or thin and crisp chicken or pork cutlets, which are fried to order, sliced and laid on top of the soups. Most also contain a soy-marinated soft (though closer to hard) boiled egg, scallions, seaweed, veggies and mushrooms.

Guests order and pay at the open kitchen, grab a seat at one of the communal high tops, and wait until their name is called. When it's not too busy, staffers often bring the food to you. Prices range from $7.95 to $11.95 per bowl.

Yee says that plans are in the works to open additional shops in town.

Ken Chen made his way from China to Cleveland via New York City, where he worked in various Japanese restaurants for more than a decade. Mentor-on-the-Lake might seem an odd place to settle down and open a sushi restaurant, but that's precisely where you'll find the wonderful Ninja Sushi. Chen explains, through a translator at the restaurant, that his older brother owns a Chinese restaurant in the area and he wanted to be near family.

What the place lacks in size and panache, it more than makes up for in quality and presentation. When I order the omakse ($60), a sort of chef's choice, Chen's eyes light up with excitement. Before long I'm staring down the length of a two-foot platter filled with gorgeous pieces of fish and seafood. There's a fatty tuna and sea urchin hand roll, leg of king crab meat, two types of mackerel, two types of snapper, sliced raw scallop topped with sea urchin, sweet shrimp, raw oyster on the half shell topped with sea urchin, and a chewy salad of chopped scallop mantle, an oft-discarded part of a whole, live scallop. Had we been seated at the tiny two-seat sushi bar, those items would have come out one or two at a time.

Chen flies his fish in daily and weekly and his nigiri, sashimi and specials menus are built around what's available. He almost always stocks fresh uni, scallops and oysters, he says, but the rest is seasonal and unpredictable.

"They give us a fish box full of surprises," he explains.

Sashimi is sold three fat triangular flanks per order at the ridiculous price of $5 to $8 depending on the fish. Most customers at this two-year-old restaurant go the roll route, with items like the spicy tuna ($5.95), shrimp tempura ($5.95) and California roll ($5.50) doing brisk business. We sampled the seductively named Pink Lady ($12.95), a satisfying twist up of salmon, tuna and yellow tail in a pink soy-based nori wrapper.

Diners will find usual starters like miso soup ($2), gyoza ($5.50) and tuna tataki ($8.50). For dessert, there's a million-layer handmade crepe pie based on the famous version found at Lady M in New York.

Ninja will soon have a beer and wine license and after that, Chen plans to heighten and expand the sushi bar.