Not a full conversion, but close I have never listened to Phish. At least not on purpose, though I have plenty of friends who swear by the band.

For all intents and purposes, I’m an idiot when it comes to Phish. So while I did not know what to expect musically from their appearance Tuesday at Blossom Music Center, I at least knew what type of fans to expect, from white people with dreadlocks to undercover finance bros to oldheads who once followed the Grateful Dead.

While I saw each of those people, I also witnessed the breakdown of my preconceived notions about a band that, frankly, has too many detractors for the wrong reasons.

Yes, a Phish show is a kind of hippie cosplay convention that features thousands of patchouli-soaked fans dancing aimlessly to songs that kind of run together, making it  difficult to decipher where the last one stops and the next one begins.

But it was much more than that. From the time you enter the parking lot, rows and rows of cars, vans and buses are a giveaway that a Phish show is more about the experience than the show itself. The crowd was a less agro Muny Lot experience, only with tie-dye and plumes of weed instead of Browns jerseys and cheap, domestic beer.

By the time the band took the stage for the first set of their three-and-a-half hour performance (including intermission), I was confronted with 30 years of in-jokes and references. I wondered to myself, “Am I going to get this?”

To an outsider, the answer is no, you definitely won’t get every reference. But if you’re like me, you’ll have all of those skeptical thoughts overturned rather quickly.

On Tuesday, it started with the first song from the Vermont quartet: an a capella rendition of The Beatles’ “Strawberry Fields Forever.” Isn’t this supposed to be the band that just makes up guitar riffs for hours at a time? My closed-mindedness began to melt away. 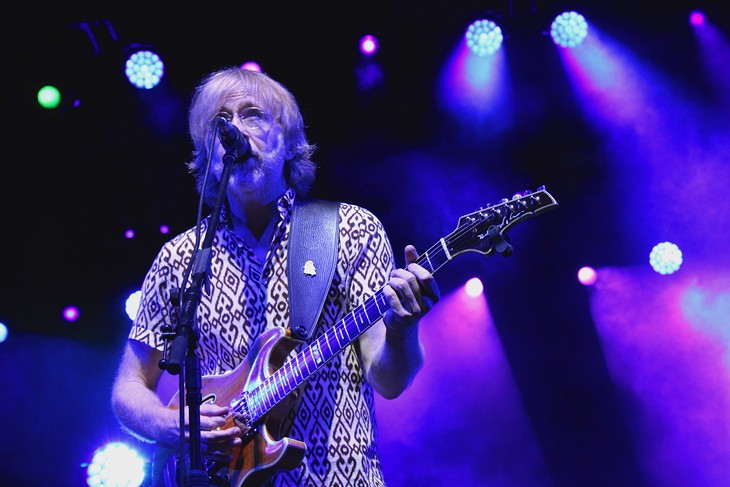 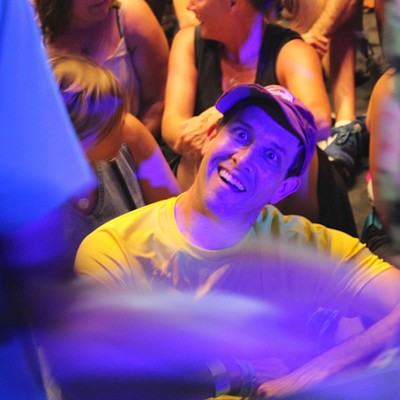 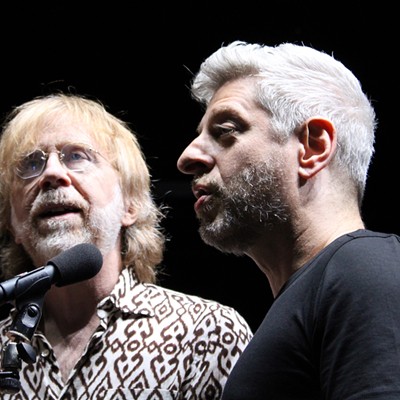 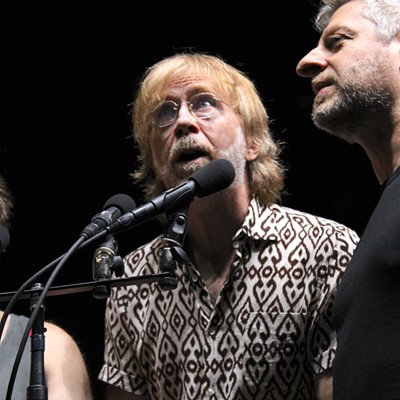 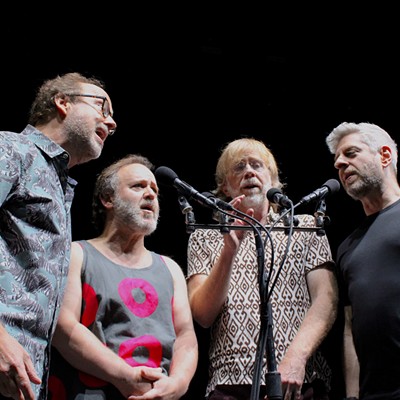 Shortly after they picked up their instruments, the appeal became apparent.

Drummer Jon Fishman’s asynchronous, energetic beat-making is perhaps the reason the crowd seemed to move so frenetically, making you guess with flourishes tucked away in every song.

Then there is guitarist Trey Anastasio. The squealing that reverberated from his playing was nearly like having a fifth member, with the sound coming across as cosmic throughout the night – somewhat literally during the second set as the band played its take on “Also Sprach Zarathustra” from the film 2001: A Space Oddyssey.

As for the fans, the stereotypes of Phish devotees the world over, are some of the most welcoming imaginable. When I informed them of my ignorance of the band, they were gleeful at the chance to hear my thoughts on the show.

Still, the mystery of why this jam band from Vermont had turned into such a cultural zeitgeist eluded me, enjoyable as the show was. What separated this band of fifty-somethings from any other show?

The community seemed to be the answer. Phish fans are here for a good time. To some, that is huffing whippits or downing molly in the parking lot after driving six hours in a Ford Econoline. To others, it’s getting out of your suit-and-tie job a little early on a Tuesday to dance erratically, if we're putting it charitably, with 20,000 other people.

Even the band, who has played together for the better part of 35 years, looked as if they entered a state of hypnosis on stage. Their only goal? Provide a good time for their fans.

To this idiot, they delivered.