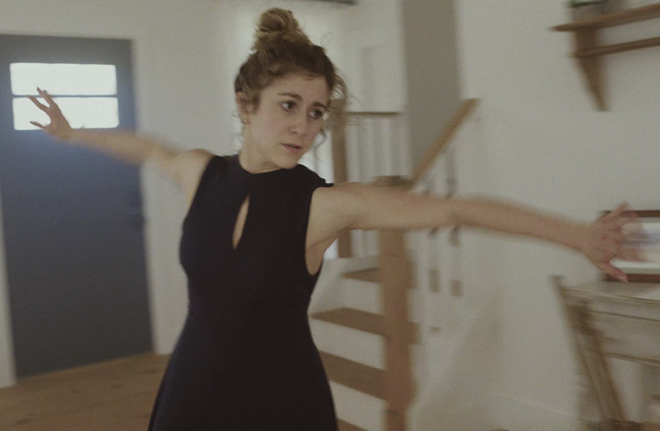 The video features choreographer and dancer Spizzichini in a five-minute journey of “relatable struggle through masterful movement and honest lyric.”

Spending the last four years in West Virginia studying music, Giles wanted to return to Northeast Ohio for the shoot. Having seen Campbell’s music video productions with the Akron-band Indré, she knew that he was the right person to direct the clip.

“From the moment I wrote this song, it felt like a dance,” she says in a press release. “It was produced with movement in mind, choreographing the violins, the waltzing piano chords and the bell-like vocal harmonies. I knew I wanted to bring it to life with a video that featured a dancer.”

“We landed in the middle of the perfect storm with 'Burning Letters,’” says Campbell. “It’s layers of beauty. Sarah’s voice and her song are beautiful, paired with Julia’s performance in conjunction with this gorgeous location. We wanted to make something beautiful, and I think we accomplished that.”

Giles has been friends with Spizzichini since they were children.

“Coming home to Ohio for the shoot, I reached out to Julia knowing she was also home after studying and performing in New York City. We hadn’t seen each other in nearly ten years, but I knew that Julia’s gorgeous movement and artistry was exactly what this project needed. I was honored when she said yes!”

Spizzichini found that the video played to her strengths.

“With Pete’s direction style, he urges his creative team to offer ideas within their realm that best serve the overall vision of the project," she says. "With Sarah’s background in dance and expert ear for musicality, we were speaking the same creative language regarding the choreography. Each individual left their unique fingerprint with this creative process, and I am just so thrilled I got to be a part of something so special.”

“Sure I’m the director, but when you hire good people, you really just sit back and allow them to do what they love," he says. "I couldn’t ask for a better crew on the project."

The video was shot at an Airbnb property located in Hartville that set the “home” scene for the story.