A whopping 8,000 images include shots of Beatles and more 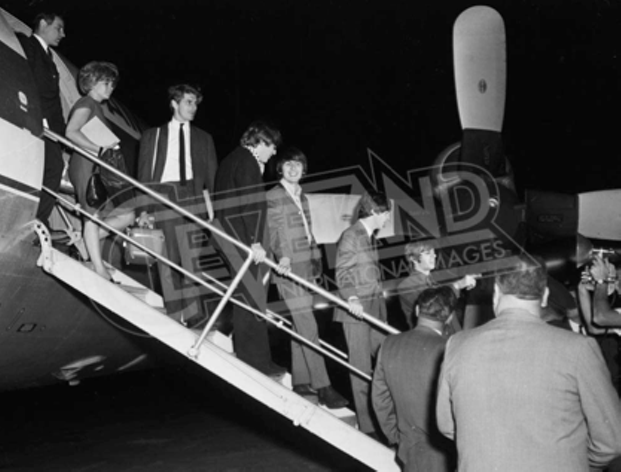 From 1964 to 1975, Cleveland-based photographer George Shuba used his connections with local media, including the nationally syndicated Upbeat Show, to take photos of some of rock’s biggest stars.

"Our goal is to maximize the opportunities in global licensing with strategic partnerships," explains Cleveland International CEO Steve Popovich Jr. "This collection is certainly one of a kind and has essentially been unearthed and becoming available on a global scale for the first time going back almost 60+ years. There is not one collection of music photography from that era that exists that has a more diverse collection of artists."

Images include the Beatles arrival at Hopkins International Airport on Sept. 13, 1964, The Who’s Keith Moon launching his drum kit off the stage at Cleveland’s Public Auditorium, the very last professional photos taken of Otis Redding and images of Simon and Garfunkel’s first-ever TV appearance documenting their performance on Upbeat. The archive encompasses hundreds of name artists including the Rolling Stones, James Brown, the Yardbirds, Aretha Franklin, Stevie Wonder, Sonny and Cher, B.B. King, the Doors, Smokey Robinson, Dizzy Gillespie, the Monkees, Wilson Pickett and many more.

“We’re expanding beyond our long-established role as a groundbreaking indie record label in which we’ve made our mark with releases from Meat Loaf, Ellen Foley, Ronnie Spector, the E-Street Band, Slim Whitman, Jim Steinman, Frank Yankovic, Joe Grushecky & the Houserockers, Southside Johnny & the Asbury Jukes, Jim Steinman, David Allan Coe, Brave Combo, Georgia Satellites, B.J. Thomas and others,” adds Popovich, Jr.. “As the new home for the George Shuba Collection we’re underscoring the fact — this time in a visual sense — that Cleveland is the rock ‘n’ roll capital of the world.”