Should My Political Beliefs Stand in the Way of Good Music? 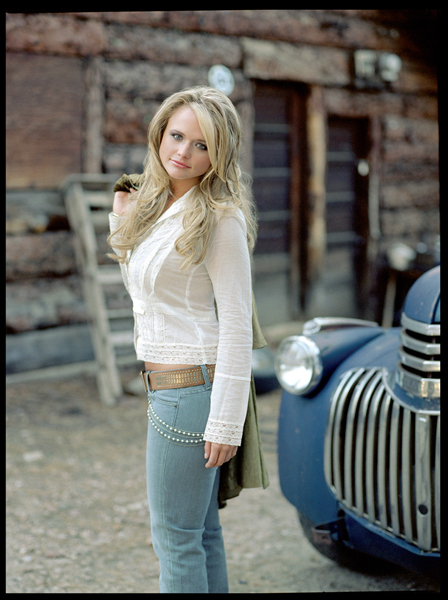 I love Miranda Lambert's new album, Revolution. I've been a big fan of Lambert's ever since her 2005 debut, Kerosene. I love her twangy voice. I love her kick-ass ways (on Kerosene's title tune, she sets fire to a cheating boyfriend's shit ... and maybe more). And I love the fact that she doesn't seem to play by Nashville's rules.

This probably explains why she isn't a big star yet. Even though all three of her albums reached No. 1 on the country charts, she's hit the country Top 10 singles chart only once. Her best song, "Famous in a Small Town" from 2007's Crazy Ex-Girlfriend, was one of the year's greatest songs ... regardless of genre, and it stalled at No. 14 on the country charts.

And she kinda scares me.

As a vegetarian and the kinda guy you usually find working at an alt-weekly (liberal, hates guns, hates the fact we're in a war started by the worst president ever, etc.), everything Lambert stands for is everything I'm against.

She hunts for sport. I brake for squirrels.

She packs a ton of firearms. I have an old baseball bat in my bedroom closet, just in case.

But I love the songs on Revolution, several of which deal with her pistol-packing, meat-consuming ways.

On "Only Prettier" Lambert talks about reaching over party lines (though she never comes out and says it, I'm pretty sure I know which side she's on), because, you know, deep inside we're all the same. It's just that whatever party Lambert belongs to has much cuter people. It's a good joke. And a great song.

More troubling, and even better, is "Time to Get a Gun," arguably Revolution's centerpiece. Even though Lambert co-wrote most of the album's songs, she didn't write "Time to Get a Gun." Veteran singer-songwriter Fred Eaglesmith did (he recorded it on his 1997 album, Lipstick, Lies & Gasoline). But Lambert makes it hers.

It's a great track ... and not nearly as obvious as a casual listen lets on. In the first verse, a neighbor's car is stolen; in the second, the government is building a highway through her backyard. Both lead into verses that are more about security than threats: "Time to put something between me and the sun/When the talking is over, it's time to get a gun."

Of course, the liberal in me is thinking, "Well, yeah, but what if that gun ends up in the wrong hands? Where's your security now?"

So there's my dilemma. Do I let my political beliefs get in the way of what is clearly one of the year's best albums? Of course, music fans confronted these issues before. Johnny Ramone was a staunch Republican, but I still listen to the Ramones' music and I still love it. Neil Young supported Reagan in the '80s (yeah, most of Young's music sucked in the '80s, but he's still Neil Young). And there are several country and hard-rock artists I like who lean right

But Lambert is different. She poses for pictures with her guns (she even uses a shotgun as a mic stand). She brags that she killed "the first buck of the season." And she would probably call me a pussy for not killing the spiders I find in my house (I usually bring them outside).

But I love her music. And I'm not gonna let my tofu-eating, tree-hugging, Rachel Maddow-watching ways get in the way of that. Maybe Lambert's right: Even though, "We think a little differently," as she sings. "We got a lot in common, you will see/We're just like you." Only prettier. —Michael Gallucci