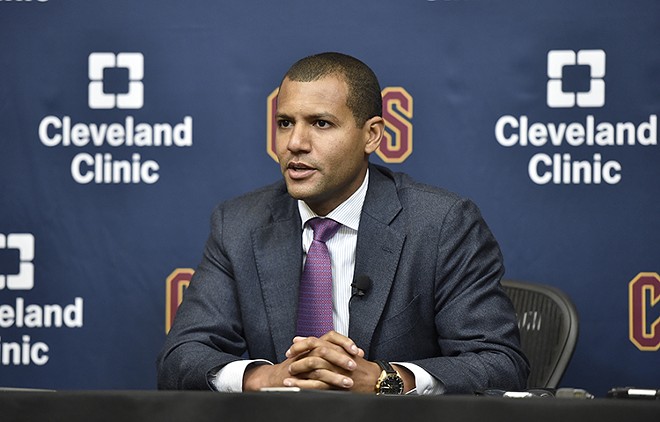 nba.com
Cleveland Cavs GM Koby Altman recently got engaged, and while it's not the vows section of the New York Times, the relationship did land in the press thanks to an engagement announcement in the Cleveland Jewish News. The otherwise unremarkable blurb caught our eye only because of the biographical details included, or in this case, excluded for Altman.

Marci and Brent Garson of Orange are excited to announce the engagement of their daughter, Rachael Emily Garson, to Koby Altman, son of Deborah Altman of Brooklyn, N.Y.

Rachael is the granddaughter of Elaine and Milton Weinstein of Beachwood and Lynn and Lester Garson of Delray Beach, Fla. and the late Lois Garson. She is currently attending the Francis Bolton School of Nursing at Case Western Reserve University pursuing a nurse practitioner degree while working as a registered nurse at Rainbow Babies and Children’s Hospital.

The couple is planning an August 2018 wedding.

Regardless, our hearty congratulations to the couple and well wishes on a lovely ceremony and life together.