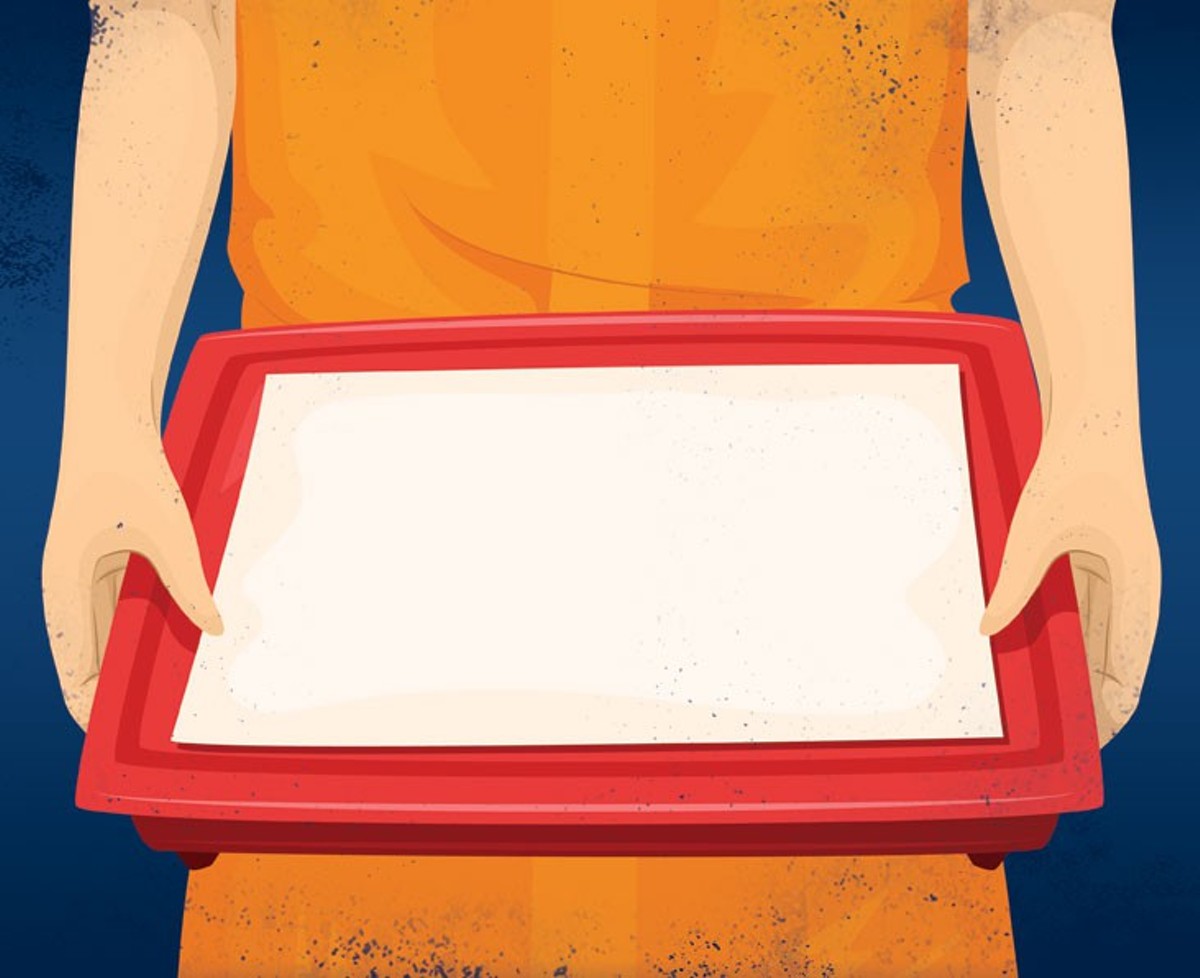 It's difficult to look at Aramark's management of Michigan and Ohio's prison kitchens and not call it a disaster.

A series of reports over a two-year period in Michigan told of disturbing incidents in which the company served food tainted by maggots on multiple occasions, knowingly served rotten meat, ordered inmates to serve food pulled from the garbage, handed out food on which rats nibbled, and served moldy food. The substandard ingredients and small portions lead to prisoner protests and lawsuits. Oh, and the company overbilled the state of Michigan by $3.4 million for the pleasure.

Even though a majority of Michiganders wanted Aramark out for a long time, Michigan Gov. Rick Snyder didn't end the three-year, $145-million contract until July of this past year. The state replaced the company with Trinity Services, a private Florida-based food giant, which receives $12 million more annually than Aramark.

The good news: Prisoners have yet to find maggots in their Trinity-branded potatoes.

The bad news: Trinity's potatoes are often rotten or too dried out to eat. And there are far fewer of them.

In fact, prisoners at two facilities we spoke to say rotten and expired food is still common. The portions are smaller than ever, leading to suspicion that Trinity isn't providing the 2,600 calories required by state law, and a prisoner charges he was recently hospitalized because Trinity ignored his medical diet.

In other words, Michigan may have booted Aramark, but not much has changed. And it doesn't help that Trinity hired many of the employees Aramark fired when it left the state.

"The only thing they did was switch the employees' shirts," Lamont Heard, a prisoner serving life for murder in Michigan's Kinross Correctional Facility, tells us. "It's the same people, they just switched the title, but the food is worse. Everything is worse than with Aramark."

In Ohio, the prisons' unions offered to run the kitchens for less money than Aramark, but Ohio's Department of Rehabilitation and Correction opted to extend Aramark's contract in June while boosting its pay from $110 million to $130 million over two years. As a precautionary measure, Michigan and Ohio hired more monitors to ensure prisoners aren't starving or eating larvae. So there's that.

But even with the monitors in place, problems with sanitation, tainted food, food shortages and Aramark employees having sexual contact with inmates persist in Ohio, prison employee union chief Chris Mabe says.

Prisoners and officials say those problems didn't exist when the state ran the mess hall, and the situation is not an "Aramark problem" or a "Trinity problem," it's a privatization problem.

"There are things you cannot tamper with in prisons, like food, because that leads to a volatile situation," Mabe says. "There's only one way to make money privatizing food service, and that's the shortcuts: not training your staff, cutting quality, not maintaining sanitation standards, serving less food. Those are dollars in private companies' pockets."

Aramark, the world's largest institutional food conglomerate, and Trinity, plop meals onto prisoners' trays at around 950 detention centers in North America, according to the companies' websites.

But that figure is dropping, mostly because Aramark is establishing itself as the poster child for all that's wrong with privatization, due in no small part to widely publicized incidents in Michigan and Ohio.

Trinity's record is better than Aramark, but the bar is low. Last year the Southern Center for Human Rights considered suing the company for allegedly starving inmates in Georgia.

When asked about the small portions, Michigan Department of Corrections spokesman Chris Gautz questioned how inmates could keep track of calories. Lamont Heard, the prisoner in Michigan's Kinross Correctional Facility quoted above, explained the eyeball test is sufficient to know it's happening, but says he also consults a book that provides prison meal calorie counts.

Over the past three years, he and several other Muslim prisoners successfully sued the MDOC and Aramark in federal court multiple times for refusing to provide the state-mandated 2,600 daily calories to Muslim prisoners during Ramadan.

When the MDOC lied to the judge about the calorie counts, Heard proved their fibs, and the MDOC was found in contempt of court.

Since Trinity took over, other issues include rotten fruit, rotten potatoes and expired milk, prisoners say. The line where the food is served is filthy and unsanitary, trays are dirty, food is cross-contaminated, and Trinity staff refuses to wear hairnets. The food is so bad that some are skipping meals even though they're hungry, say Heard and Randy Jones, another Kinross prisoner.

"The food is worse. Somehow, the food got worse. Whatever they cook, no matter what it is, it's always worse. Now, everyone has a negative attitude toward Trinity. It's the same as before," Jones says.

The prisoners claim inmates who file grievances face retribution from Trinity staff. If a prisoner reports a problem, then he's likely to end up with the smallest slice of cake on the next run through the chow line.

And the grievances go to Trinity's food boss, so little is resolved.

"It's like complaining to the wolf about what's going on in the hen house," Heard says, adding that the staff is on its best behavior if Trinity brass is visiting the site.

Kenneth Williams, also a prisoner at Kinross, deals with kidney issues that require a special diet. He tells me that Trinity refuses to consistently feed him that diet, and that led to a recent hospitalization.

"I'm angry. This could cause me to be on dialysis, and that's what I keep telling them," Williams says. "I'm trying to avoid to being on dialysis. Once your kidneys start failing, then everything starts failing.

"A lot of times I end up going without eating. I go hungry."

And in Ohio, the story is the same as it was before the state re-signed Aramark in June, Mabe says. The union is in arbitration with the state in an effort to regain the contract.

Beyond the run-of-the-mill Aramark problems, the company is now trying to wiggle out of buying beef and milk from the state, as Mabe says its contract requires. That could cost Ohio millions of dollars. In the Belmont Correctional Institute, Aramark employees recently ordered inmates working in the kitchen to use can lids to cut meat because there is no meat slicer. In 2015, around 65 Aramark employees were fired for security violations, and over 200 are banned from entering Ohio prisons.