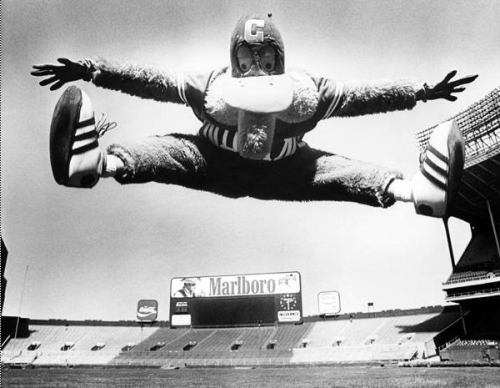 Slider isn't the best mascot in baseball, but he's certainly not the worst. Which is more than Indians fans could say back in 1980 when "The Baseball Bug" was the fuzzy image of the team. Poking through the Cleveland Memory Project, I came upon these photos, and through a rudimentary Google search, I found a couple of passages describing the low point in Cleveland mascot history (although there's surprisingly little written about the bastard bug.)

From the Indians Journal: Year by Year & Day by Day with the Cleveland Indians Since 1901:

"The Indians foisted one of the worst mascots in baseball history on Municipal Stadium patrons in 1980. Looking to follow the success of the San Diego Chicken and the Phillie Phanatic, the Indians introduced an insect of indiscriminate origin called "The Baseball Bug." The costume consisted of a red golbe-shaped body, with a blue vest and antennae of springs with baseballs on the ends. Fans understandably failed to embrace the idea, and "The Baseball Bug" was sidelined after the 1981 season." 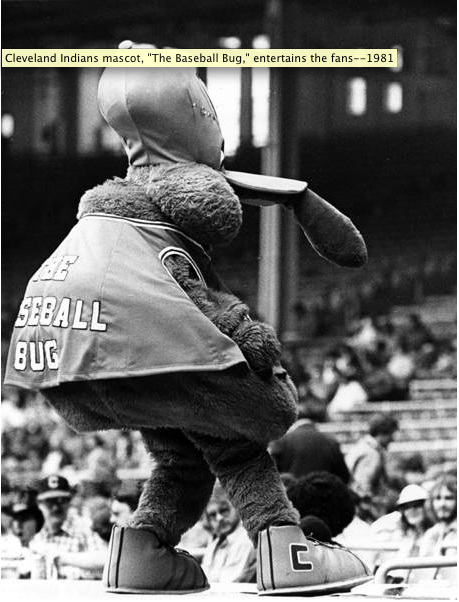 From Greg Brinda and Bill Livingston's The Great Book of Cleveland Sports Lists, and specifically, the chapter on Cleveland mascots:

It was, said Indians Vice President Bob Dibiasio, "a red, furry thing." Supposed to look like a lady bug, a good luck charm, it was more appealing than the midges that would swarm in from the lake in the summer time. You know, the "swarm troopers" that beat Joba Chamberlain and the Yankees in the playoffs. But not by much. Told during a hitting slump in the 2007 season that the Bug should be brought back for luck, Dibiasio said: "I'd rather our bats be reincarnated." 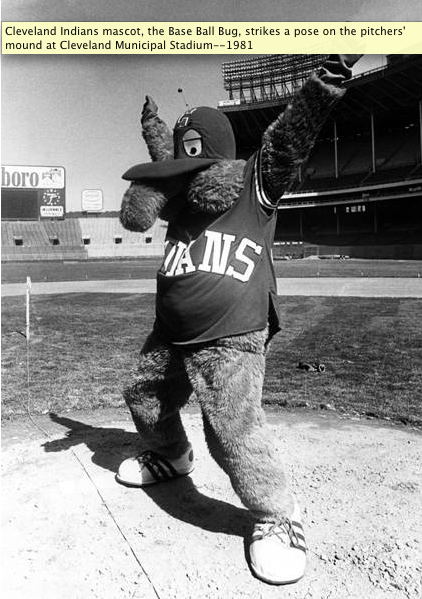