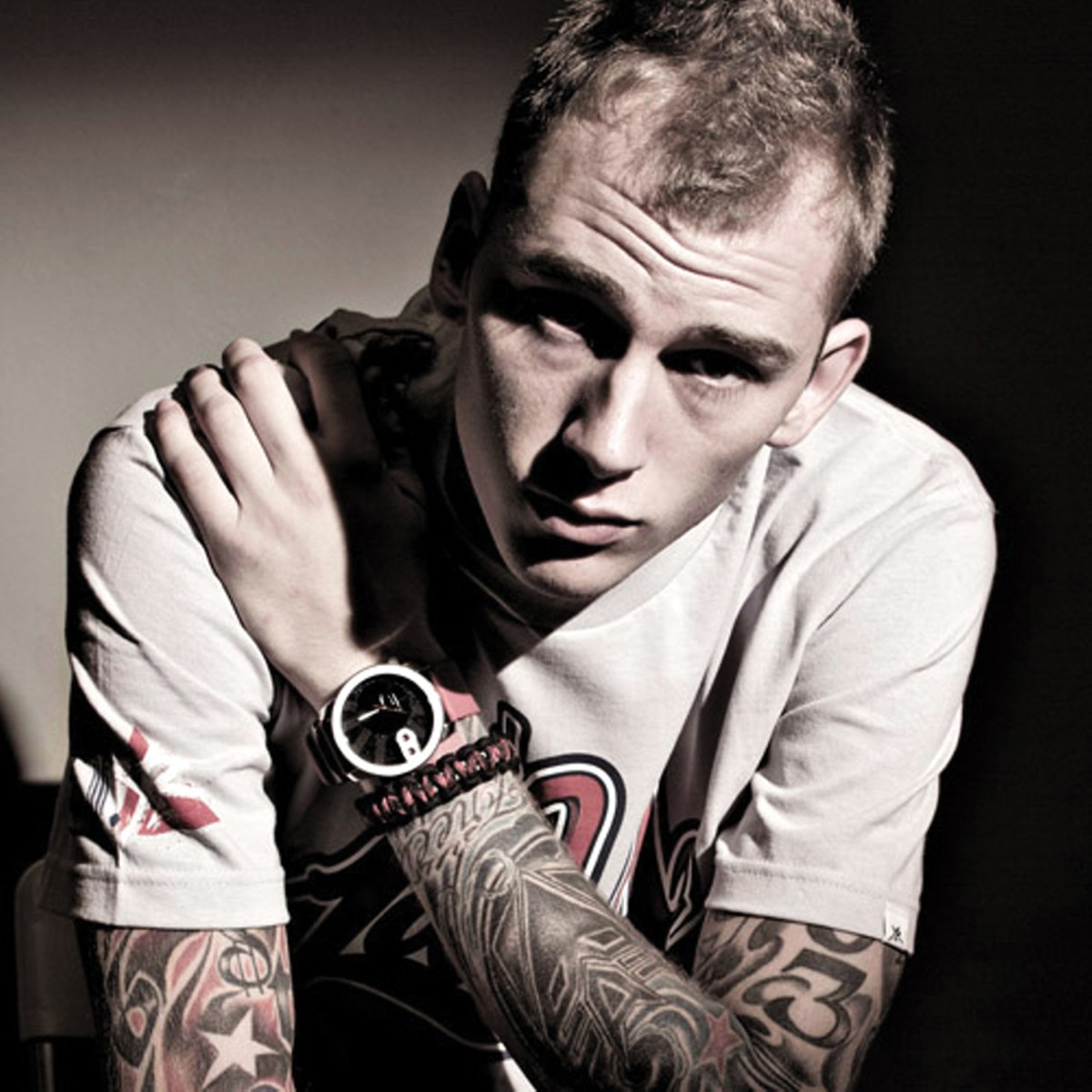 The dread hadn't yet settled in for Elizabeth Russell and Jeff Walters, even by the time the work was done and their bags were packed. Through nine long days of uncertainty — including a torrential thunderstorm — they did their jobs and tried to keep the dread from overwhelming them.

In late July 2014, the two staging techs and a small staff were tasked with setting up the seven stages and assorted infrastructure of Machine Gun Kelly's EST Fest, a sprawling weekend of rap and electronic music in the woods of Nelson Ledges Quarry Park in Northeast Ohio. To borrow a phrase from an entirely earnest WQHT Hot 97 DJ a few months after the fact, the event was like a "'hood Epcot."

For Russell and Walters, the event was work — and the promise of good pay on the back end. They were to take home $1,800 for the job, a healthy paycheck to pair with the trickle of income they earned at a tire shop near their home in Canton. The nine days on-site would carry them into August, so rent would be due. And, to quicken the dread later on, they'd need to repair their truck after the beating it was going to take along the quarry's rough terrain. Times are always tough in the gig economy, and Russell and Walters were eager for their checks. The couple stitches together a living like so.

As early as two days into the job, the rumor mill was grinding out hearsay that maybe no one was going to get paid for this one. Like that old "telephone" game, conversations were treading through camp that something was up with the money. According to the lore of the weekend, an additional crew of six from LiveNation didn't bother to come back after hearing that.

One thing that should be known is that these sorts of independent music events come with their own brand of hand-wringing and doubt. Things fall apart, and sometimes the money comes in late. Or sometimes somebody needs to borrow on credit to make payments happen. Whatever. The money always comes in. Usually. For the most part.

Russell, characterizing herself as an optimist even in dire straits, wasn't buying into the talk. Still, something didn't quite feel right about the situation. This wasn't like most events she worked — and it certainly wasn't like the Pro Football Hall of Fame induction ceremonies, which took place the same weekend of EST Fest and which the couple declined in favor of the MGK event.

The way she explains it now, she and her better half aren't normally asked to, like, live on the grounds before, during and after the show — for nine days. As she and Walters trucked deep into the woods to assemble one of the stages — a massive geodesic dome that would house late-night DJ sets — they tried to dust off those bad thoughts and get on with the work.

After all, in a few days some 6,000 to 10,000 fans (estimates vary wildly to this day) would arrive for fun and debauchery. When they did show up, Russell and Walters were asked — told — to take up security detail.

Despite the anxiety of set-up, and according to observations of those in attendance, the event was a success. Machine Gun Kelly is, in certain circles, a hometown hero. Fans spent the weekend doggedly pursuing him, chanting "E-S-T-What-The-Fuck!" (EST, the licensed tagline and battle cry of MGK's career, stands for "Everyone Stands Together." MGK's fame is predicated on his recognizing the fans as his family.)

Victoria (she has requested her last name not be used for this story), the crew steward of eight staging techs — including Russell and Walters — and a lighting tech and lighting designer, buzzed in for two days to ensure that everything was going well. It was. And Justin Simpson, the stage manager for Nelson Ledges at the time, assured her and the crew that the money was coming. Invoices were collected and approved.

During the actual festival, Russell and Walters were stationed out in the woods, trading 24/7 shifts to monitor the dome and make sure that no one was going inside and screwing around with the equipment. The work was becoming something more than what they had agreed to, leaving them hungry and tired and ready to be done with the whole thing.

"It got to the point where it was like, is this even worth it? I feel it wasn't," Russell says. "I feel we got fucked, excuse my French."

Payment was due Aug. 3, 2014, the last day of the job, and the day that Russell and Walters were asked by a Garrettsville neighbor to help clean up the Nelson Ledges grounds and surrounding property. The place was a mess, totally trashed. They declined, seeking instead the comforts of home; but, looking back, Russell says that at least that guy might have paid them for a day's honest work.

For EST Fest, Russell and Walters hourly rate added up to $1,800 between the two of them. The other staging and lighting techs took the total to $6,325. Add the event's lighting designer and assorted other costs, and you're at $9,170 without interest.

That's just a small portion of the total costs of the 2014 EST Festival. Estimates hover in the low six figures.

When it came time for payment, no one — the techs, the electrical team, the equipment providers, the venue — got paid. The rumor mill had been correct.

The story that the crew steward, Victoria, first heard was that the ticketing agency was disputing the funds, asserting that perhaps the 6,000 or so attendees hadn't even been there. A 45-minute rain delay took place during a thunderstorm on Saturday. The main pit was fairly well flooded, but the sun dried everything out pretty quickly. It remains unclear how many people, if any, requested a refund; based on video of the entire weekend and interviews with people involved in the staging, the show continued after the storm without further interruption.