Police killed 49 animals after they were set free in 2011 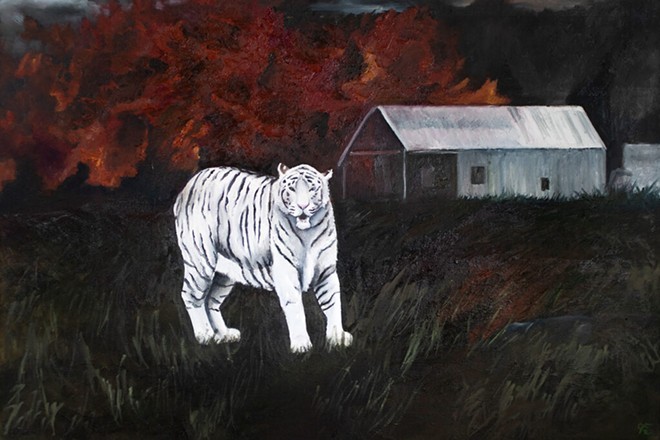 Painting by Claire Flath
A new podcast, Life on the Ark!, launches today and tells the story of the Zanesville Massacre, the 2011 tragedy where 49 exotic animals were released by owner Terry Thompson before being gunned down Muskingum County police in a frantic effort to maintain public safety.

Created by Kelly Swope, it tells how the massacre altered local life, along with state and federal laws, through interviews with a multitude of people directly involved with the event, all in an attempt to shed light on what they went through and its aftermath.

The man responsible for the chaos in Zanesville, Terry Thompson, released the inhabitants of his private animal sanctuary before he fatally shot himself. Among the animals killed by police were 18 Bengal tigers, 17 lions, six black bears, three cougars, two grizzly bears and a baboon — it’s also believed a monkey was eaten by one of the large cats after they were freed.

As a result of Thompson’s actions, Ohio was compelled to pass legislation on exotic animal ownership laws with hopes of preventing similar incidents in the future. The five surviving animals were returned to Thompson’s widow in May of 2012.

Life on the Ark!, which will run for 8 episodes, will be available on Spotify, SoundCloud, Stitcher, Apple and Google Podcasts. To learn more, visit lifeonthearkpodcast.com.