Savage Love: I Love My Wife. I Also Love My Butt Plugs 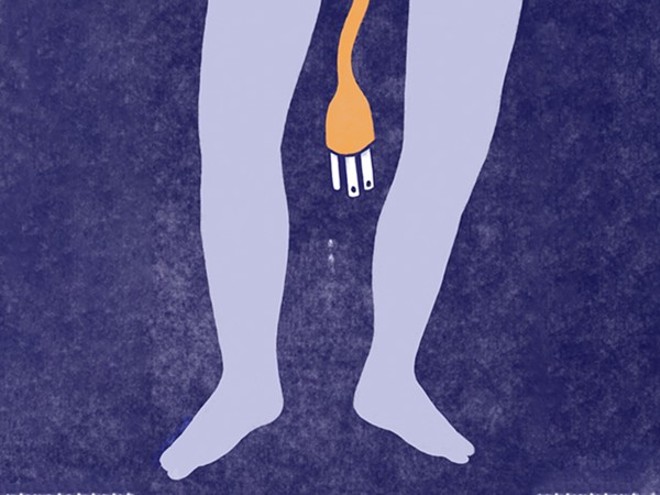 You should come in your wife.

If your wife is in charge — you proposed a "female-led relationship" and she accepted — then she gets to give the orders, and you're supposed to do what she says. (Within reason, of course.) So when she says, "Come in me," you should say, "How high up your vaginal canal would you like me to come?" Even if you weren't in a female-led relationship, SUBHUB, refusing to come in your wife when you know that feeling you come inside her is important to her pleasure is a weirdly literal kind of withholding behavior — and considering how GGG your wife has been, SUBHUB, refusing to come in her so you can "continue" presumably without her isn't something a loving submissive would do. It's something a selfish asshole does.

At the very least, SUBHUB, your wife's pleasure should be your first priority during PIV sex — and it's not like you can't combine PIV with a little butt play. You can always shove one of your beloved plugs in your ass before you have PIV sex with the wife. And if you didn't refrain from ejaculating every single time you had PIV, SUBHUB, if it was something you were allowed to once in a while with your wife's permission, she might be willing to accommodate your desire every tenth time you have PIV.

I'm a 53-year-old guy. Since I've been struggling with depression and anxiety all my life, I've never been in a situation where sex was a possibility. I'm really dying to know what it's like. I've gotten much better over the years, and the women who know me think the world of me. But they aren't in a position to help me out. Other women seem to want someone much more outgoing and confident than I am or ever will be. Confidence comes from experience, and I don't have any. My one girlfriend could not hide the fact that my inexperience offended her. Other people on blogs and such have recommended a prostitute. But that's not really what I'm looking for. It's about more than sex. I want someone to care for me as I am. Is there hope for me? Or has the world just left me behind? —Very Inexperienced Relationship Guy In Need

I know it's not what you want to hear, VIRGIN, but I agree with other blogs and such: I think you should find a sex worker. Find a nice, patient woman who does sex work and be completely upfront about why you're seeing her: you're so painfully self-conscious about your sexual inexperience that you find it hard to date. It may take some searching, VIRGIN, but there are sex workers who want to help their clients grow and heal. "Many people have the stereotypical misconception that all sex workers are disconnected, uncaring, and only there for the money," says Ruby Ryder, a sex worker and sex educator. "While money is indeed a part of it, many of us understand that human beings need touch, connection, and acceptance. We provide an opportunity for clients to be vulnerable, whether it's fulfilling their kinky fantasies or simply having sex." And while the relationship you have with a sex worker you might see regularly for a year or two is certainly transactional, VIRGIN, it's still a relationship and about more than sex.

Ruby Ryder is on Twitter @Ruby_Ryder and online at www.peggingparadise.com.