Tech Talk is a weekly series that explores the people behind startup companies in the Cleveland area.
Cleveland was once part of a region where manufacturing flourished. From the ‘20s to the ‘60s, companies like Ford, Eaton, and TRW produced components for cars on a massive scale, while industrial equipment makers like Dravo Wellman and Lincoln Electric employed thousands to meet the nationwide demand for workplace equipment.

The industrial landscape has obviously changed since then, most would argue for the worse — the term Rust Belt, after all, wasn’t coined complimentarily — but an opportunity for a manufacturing renaissance exists in a form far different from that which thrived during Cleveland’s assembly line years.

The key is 3D printing. That’s what I took away from my conversation with Tim Hayes, CEO and founder of Cardboard Helicopter. His company is an “invention” firm which designs, licenses, and manufactures items that ship all over the world. Years ago, the cost of independent industrial design would’ve been insurmountable, but thanks to techniques like 3D printing, Hayes’ has been able to grow his business entirely out-of-pocket.

The elimination of historical barriers of entry, coupled with the Cleveland’s infrastructure and comparatively low cost of living, has essentially democratized manufacturing in the area. Spawning businesses like Cardboard Helicopter, these developments hold promise for the future of Cleveland industry.

To better understand the potential of companies like Cardboard Helicopter, I spoke with Mr. Hayes over the telephone about his business’s inception, the unique advantages to headquartering such a company in the Cleveland area, and his goals for the future.

Tell me a bit about yourself.

I’ve been an entrepreneur my entire life. Since I was little, I knew that I wanted to do something on my own — when I was little, I made makeshift carnival games and sold Koolaide out of a stand every day in the summer, and I also collected cans and had a newspaper route. I’ve always had that entrepreneurial spirit.

I really wanted to focus in art in high school and there wasn’t really an outlet, but I learned about industrial design and art schools and art design schools. I knew they were something I wanted to do, so I ended up getting into the Cleveland Institute of Art and then getting into their industrial design program. I went through the 5-year BFA program and during and after that I worked in various capacities - I got some internships at places like Fisher-Price and a few other design firms.

When I graduated, I had an opportunity to help a startup medical company that specialized in cosmetic devices. Then I started freelancing — I worked with a lot of retail display companies, designing new exhibits. In the meantime, I created my own inventions and learned how to pitch them. I later worked did the whole corporate thing at a company for a while. I really loved the company, which was out in Valley City. I learned quite a bit there about products and how they’re manufactured in the real world, and worked with great people. It was a great opportunity, but I wanted to do something on my own.

Why did you decide to start your own company?

It’s not about making millions of dollars, it’s about not having to ask a boss if I can go on a trip to New York for three days. It’s the flexibility and freedom that comes with being your own boss. I get to create my own destiny instead of having to rely on everybody.

Everyone’s looking to innovate and innovate as fast as possible. What used to take years and hundreds of thousands of dollars can take me months, days, and no money out of my pocket — I’m a designer and engineer, so my process includes initial ideation — brainstorming — where we really think of all the different ideas and come up with things and then develop those ideas as a sketch, and then core refinements into actual viability, and then into 3D and 3D prototypes, and pitch them to companies.

It’s imagination and play that makes us so great. We have a really fun space here with retro video games, ping pong tables, a wall of nerf guns. We’re not going to work, we’re going to play. As soon as I started this company, I stopped working — I feel like I’ve been playing all the time.

Has it been difficult to attract clientele?

Ever since I started the company, we’ve been coming up with inventions of our own and helping companies with product development. We’re helping a lot of inventors, all the way from Australia to Slovakia. A lot of people find us, hear about us — a lot of people in the Cleveland area that we try to help out. We try to help people out with our 3D printer — we did that in Australia and had a fully developed product in less than a month, so that they had something to go in a Kickstarter campaign. We’re into everything, from toys to high-end housewares to fitness products.

It’s amazing how many things we’ve done with little resources, how fast we’ve made connections, some of the deals that we’ve done, and how rapidly we’ve moved things along. We come up with hundreds of things, and for each product we license we spend only between $10 and $100 on it because we can rapidly prototype. and design products from start to finish , the majority of the cost is our time.

Platforms like Kickstarter and IndieGogo have, in recent years, exploded in popularity. Are those sort of crowd-funded campaigns a big component of your business?

We’ve been helping other people with their crowdfunding campaigns. There are more and more of them, and we’re doing more, because they’re great. You get orders day one instead of having to figure out who’s going to order these on Amazon or Target — at the end of a Kickstarter, you’ve already got a $100,000 of orders. I think it will be a huge part of our business, but we’re taking it one step at a time. We actually developed one product, which we funded through crowdfunding. It’s a big mass-market product that we’re really excited about, but we’ve been iterating it to make it perfect with our printer and prototyping it and testing.

Once we get into crowdfunding and we start manufacturing our own products, and that’s kind of the epitome of the freedom I talked about earlier. Instead of waiting for companies to sign off on things, we can make something in a week or a month and instead of making 3-10% royalties, we can make 80%.

A lot of companies I worked at, that was the biggest problem — I designed products that could make companies a hundred million dollars and be a best seller and get zero cents out of it.

What is your company focusing on right now?

We’re really focused on consumer products right now, and I think that will lead to bigger things. I want to have one of the biggest, most innovative product companies in the world. I want to be the most innovative company in Cleveland, maybe Ohio in the very near future.

The way our process works is, we aren’t one-sided, because we want people to come to us when the have a product in mind - we know how to do envision it, how to get it out there, how to design it. I want to be multifaceted in that sense, where I don’t really want to just go one direction — if someone comes to us with any design work, I don’t want to say, “We’re too busy because we only design our own products.”

We’re not just an industrial design company, which you see a lot of. I think of us more as an imagination product company that’s vertical and moving with the times. Crowdfunding and 3D printing are happening, but we don’t know what’s going to happen in two years. Injection molding and all the things happening in China might allow to print 3D products instead of just prototypes.

Why did you decide to establish your company in the Cleveland area?

I was born and raised in Lakewood, and I got married last year and I bought a home in Lakewood, and the [Cardboard Helicopter] studio is in Lakewood. It’s nearby where I live so I can bike to work, and it’s a big space with two floors and really open areas.

I was initially with all the others, thinking about moving out of town. But Cleveland’s in the Mecca of manufacturing, which a lot of people don’t realize. There are hundreds of companies that develop products here - you can be a big fish in a small pond and have more opportunities. Our company was built organically, taking risks and trying to get big rewards. I see us one day with 20 people and maybe someday 2,000. I think we can make something revolutionary with the talent and innovation here.

I spoke to Rich Rodman about talent in Cleveland and he believes that a lot of it is “hiding,” so to speak. He said really skilled and intelligent people have jobs more dependable and higher-paying than startups like yours could offer. Do you agree with that assertion?

I think that a lot of people like a cushion. I don’t think they’re necessarily wrong, because the entrepreneurial spirit isn’t in everybody. I just like the idea of controlling my own destiny. It’s not even about making a lot of money, but about that freedom and building a whole place. My favorite minute of the day is when I walk out the door and look back and see the studio and everything we’ve made. It’s not for everybody, but it’s all about building a company where we can all work efficiently together and interact, as well as creating a company with great culture and freedom.

What are your plans for the future?

We really want to start learning about the manufacturing side of things and the marketing side of things. Our target demographic is the millennial group and mass market items. We have this trickle effect where we outlets for the unique ideas we have. We really want to keep growing our design side, our contract design service, so we’re starting to partner with some massive invention companies. That’s the kind of thing that we offer.

We do want to make quite a bit of products, because making those here is going to create a lot of jobs in sales and marketing. Somebody that has an MBA from Case or CSU that wants to start up a new type of company and launch ten products, we’ve got a thousand in the pipe for that person. We think that we can start stub brands and new companies that can grow here. I think even the 3D printer will one day allow use to bring everything back here — the most expensive part of manufacturing in China is the tools, so once they figure out manufacturing with that, it’s just a computer, a tool, and you can make as many as you want. 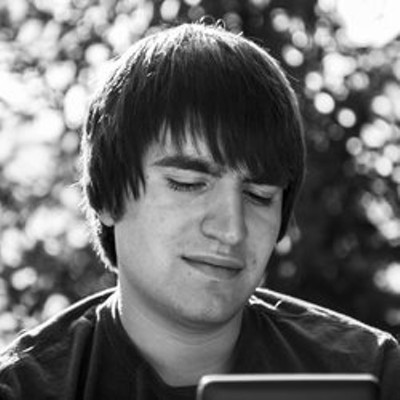 Kyle Wiggers is an avid writer, web designer, podcaster, and video producer with an acute interest in all things technology. When not reviewing or commentating on gadgets, apps, and videos, he enjoys reading New Yorker feature articles, tinkering with computers, and playing the occasional game of Rock Me Archimedes...
Scroll to read more Cleveland News articles