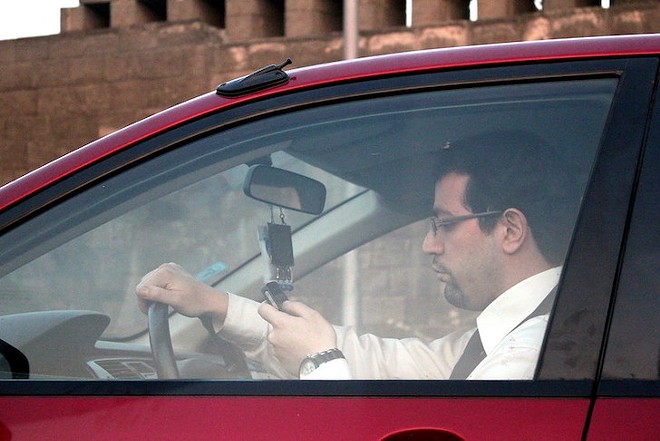 ~W~/FlickrCreativeCommons
As of today, Lakewood police officers can pull drivers over and issue a citation for any cell phone use that takes hands off of the wheel and eyes off the road.

A new ordinance, passed by Lakewood City Council in September, makes cell phone use while driving a primary offense within Lakewood city limits. First offenders could be charged with a minor misdemeanor, and fines could be as costly as $150.

Cell phone use while driving is currently considered a secondary offense in Ohio, meaning a driver can't be pulled over and cited for texting alone.

“This is a really important step to make our community safer,” Lakewood Council President Sam O'Leary told News 5. "What we need in our society with respect to using a cell phone while driving, is a cultural shift the same way that we had to confront the dangers of drinking and driving.”

The new Lakewood law does offer up a couple exceptions, including the "one touch" rule — like when an Uber or Lyft driver needs to accept a fare or start a route on a navigation app.

Any other hands-free phone use, such as talking on speaker phone or using Siri, is allowed. And drivers are always allowed to use cell phones while a vehicle is parked.