Monsters of disco dance into Cleveland. 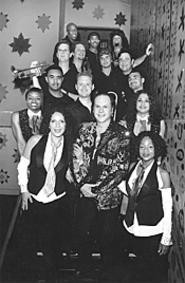 That's the way, uh-huh, uh-huh, we like it: KC & the Sunshine Band lead Discomania.
Disco may have slipped into a coma for a while, but it never really died. "Clubs flourish even today," says Harry Wayne Casey, the booty-shaking "KC" of KC & the Sunshine Band. "Go to South Beach. Go to any city in the country. There's a discotheque and a disco ball. How do you say it died?"

It hasn't -- not as long as nostalgiafests like DiscoMania, a summer tour that boogies into town this weekend, are around. KC headlines; the Trammps ("Disco Inferno"), Evelyn "Champagne" King ("Shame"), Martha Wash (who sang the Weather Girls' "It's Raining Men"), and the Village People ("Y.M.C.A.") are also on the bill. "I just know, when I watch the [audience], 'Y.M.C.A.' is like an anthem," Casey says. "You go to football games, and they play it. Everybody knows it."

Casey's own contributions to the genre include such platform-and-polyester classics as "That's the Way (I Like It)" and "Get Down Tonight." "I think [those songs] add a lot of legitimacy to [disco] music," he muses. "People try to tear it down and say it was senseless and blah, blah, blah. It was just music of a time, and it was no more senseless than the early Beatles stuff."

But the 53-year-old Casey thinks it's pointless to assume that, at his age, he would want to relive the zenith of his career (between 1975 and 1979, he and his bandmates scored five No. 1 songs). Riding high on the band's self-titled second album, Casey says his personal life then was "lonely, isolated, and scary," despite the disc's triple-platinum status. A year later, their third album, Part 3, spawned three more chart-toppers, reached another triple-platinum milestone, and created even more loneliness at the top. "I was so caught up in KC & the Sunshine Band and what we had to do and the pressure we were under to get our records out," he says. "I never had time to sit down and realize what was all going on in the '70s. There's a lot of pressure, when you're the hot flavor of the minute."

Nearly 30 years later, things are "cool and comfortable." Casey's classics are heard in Old Navy, General Motors, and Burger King commercials. They've been part of the soundtracks to more than 75 movies, including Forrest Gump and Austin Powers in Goldmember. With a European tour on the schedule later this year, Casey and his band are prepared to take disco disciples back to the nights of strobe lights, feathered hair, and bell-bottoms. "We did a show last year, and I would stand on the side, and people were just having a ball," he says. "Hopefully, some people will relive some memories and create some new memories.

"There are things out there that can make you happy and can make you feel good, instead of all the negative stuff surrounding us these days. It's really needed right now." So, do a little dance, make a little love . . .