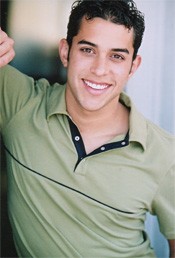 Expect a boisterous cheering section for Jesse Carrion, the Elyria-born actor playing the title role in Nick Jr.'s Go Diego, Go LIVE! The Great Jaguar Rescue! interactive adventure at the Palace Theatre this weekend. "I have a huge family — my father is one of 14 children — and everyone is very expressive!" says Carrion, who spent much of his childhood in Lorain, Ohio. "It's going to be noisy."Diego and his fellow animal rescuers will hand out jaguar masks to young fans and ask for their help finding Baby Jaguar's growl in the Latin American jungle. "We are all in it together to solve this problem," he says, "to get the growl back."Playing an explorer with Gene Kelly tendencies was a great fit for Carrion, a seasoned theater actor whose past performances include the national tour of RENT, the film short The Lockdown Club, and a slew of commercial and television gigs. When he's not on the road, Carrion's in the studio, working on a recording of his original Latin R&B tunes. "Television, movies, music — I want to do it all," he says. "Go Diego, Go LIVE! The Great Jaguar Rescue!" runs today through Sunday, April 27, at the Palace Theatre in Playhouse Square, 1615 Euclid Avenue. Tickets are $15 to $39. For showtimes and tickets, call 216-241-6000 or visit www.playhousesquare.org.
Fri., April 25, 2008
Scroll to read more Things to Do articles
Join the Cleveland Scene Press Club