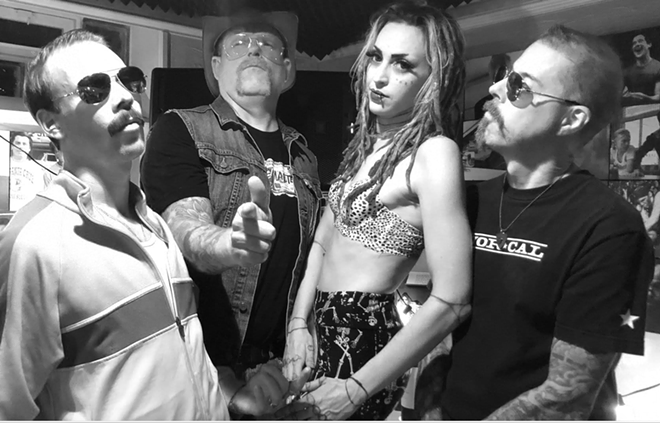 Courtesy of Vanillaphase
Vanillaphase.
Formed in 2020 when the pandemic brought live music to a standstill, the local four-piece electronic act Vanillaphase quickly began recording even though local clubs were shuttered. It released its debut EP, One Trick Pony, as well as the uptempo single, “Almost Supernova” in early 2021 and has kept busy ever since.

“Their heavy, yet polished electronic sound is a satisfying, seamless mix of trip-hop and post-industrial, touching on elements of their collective influences, ranging from Thrill Kill Kult and Meat Beat Manifesto to Aphex Twin and the Orb,” reads a press release about the band’s new album, Magic Suitcase.

The new LP drops on Aug. 12, and Vanillaphase plays a release party on Friday, Aug. 26, at the Mercury Music Lounge in Lakewood.