John Doe To Perform This Month With His Trio at Music Box Supper Club, Next Month With X at MGM Northfield Park — Center Stage 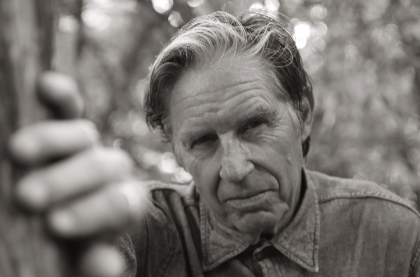 When he started working on the tunes that would become his latest solo effort, Fables in a Foreign Land, X singer-guitarist John Doe didn’t think it’d become a concept album. And yet, all the songs evoked a bygone era (the 1890s) and addressed a similar theme of isolation.

“It just happened,” says Doe via phone from his Austin, TX home when asked about the album. John Doe performs with his folk trio on Tuesday, June 21, at Music Box Supper Club and then plays with the veteran punk band X on Friday, July 22, for a show at MGM Northfield Park — Center Stage that pairs the group with '80s rockers Psychedelic Furs. “As the songs were getting written, I realized they didn’t have any modern references. Nobody was going anywhere at the time, and [bassist] Kevin [Smith] and [drummer] Conrad [Choucroun}, who normally tour all the time, were around so we just created the songs on Kevin’s patio. We recorded it in the same way. We set up in a 12-by-12 square in a really nice studio. Dave Way, the producer and engineer, put wonderful microphones everywhere, and we didn’t even use headphones.”

While Doe didn’t do any hardcore research for the album, he did read some historical fiction and listened to folk tunes from when he was a kid.

“There was a history of Texas that I read, a giant frickin’ book,” he says. “I think I stopped about 1930. There was a movie I saw called The Sisters Brothers with Joaquin Phoenix and John C. Reilly. I read the book that was based on. I sent some rough mixes of the songs to one of my daughters who responded by saying, ‘Well, dad, this is so topical. It’s talking about isolation and loneliness and fear.’ I was so deep in it that I thought they were just good stories. If you’re someone who is aware, everything you create is effected greatly by what goes on during the time you’re creating it. In that way, it’s a record. The one political song is ‘Guilty Bystander,' and it was inspired by the murder of George Floyd.”

With its clanging percussion and Doe's typically droll vocals, the moody opener “Never Coming Back” sets the tone for the album.

“I just had this image of escape and pursuit,” Doe says when asked about the track. “The first lines that I wrote were ‘with a mask upon your face.’ It was just that. I had an image of someone with a bandana who was hiding their face. I sent it to [writer] Terry Allen as reference, hoping that he would have some other lyrics that he could finish and that we could write a new song. He wrote me back with lyrics. I said, ‘I guess the song’s not finished.' I included some of his lyrics, of course.”

While Doe has lived in Austin for the past five years, growing up in Los Angeles, where X formed in the 1970s, certainly has had an impact on shaping his music and lyrics.

“During the time I lived there, it was an influence and maybe some of the writers like Nathaniel West or Charles Bukowski influenced me — not that I’m near that caliber,” Doe says.

When X formed, the L.A. punk scene was still in its early stages, and even if the band drew from different influences than other punk bands such as the Sex Pistols and the Ramones, Doe says it still felt an affinity with the scene.

“We identified ourselves with the punk rock movement because we didn’t want to be part of what had come before and we definitely did not fit in with the New Wave bands,” he says. “We didn’t realize it would carry a stigma, which it did at the time. I can thank the Sex Pistols for that. If you want to break it down city by city, you can hear the Velvet Underground in the New York bands and T. Rex in the English bands — maybe not the Clash so much. In the L.A. bands, you can hear some of both of those. You can also hear Chuck Berry. To me, that was the point of punk rock. It was to reclaim rock ’n’ roll.”

“It’s a great combination," he says. "Like X, they also put out a record in 2020. I highly recommend it. It’s similar to the X record that we put out in 2020. We play to our strengths. In writing and rehearsing the X record, I thought, ‘What does [guitarist] Billy [Zoom] do well and what does [drummer] DJ [Bonebrake] do well?’ We tailored some of the types of songs to them so they could do their thing. Same with the Psychedelic Furs. They’re not trying to make a poppy hit song. They just do what they do. It’s great melodies and beautiful lyrics. Of course, the thing that binds them to us is that there’s a darkness underneath all of it. Both bands are really pretty dark.”

Doe says it’s particularly gratifying to see a multi-generational audience show up to see both the John Doe Folk Trio and X.

“[The members of X] know now that we don’t have to reinvent ourselves in order to be relevant," he says. "Our audiences are generational. There’s 15 year olds and 70 years olds. That’s pretty rewarding — having a mother and son going to the punk show. It’s kind of adorable.”