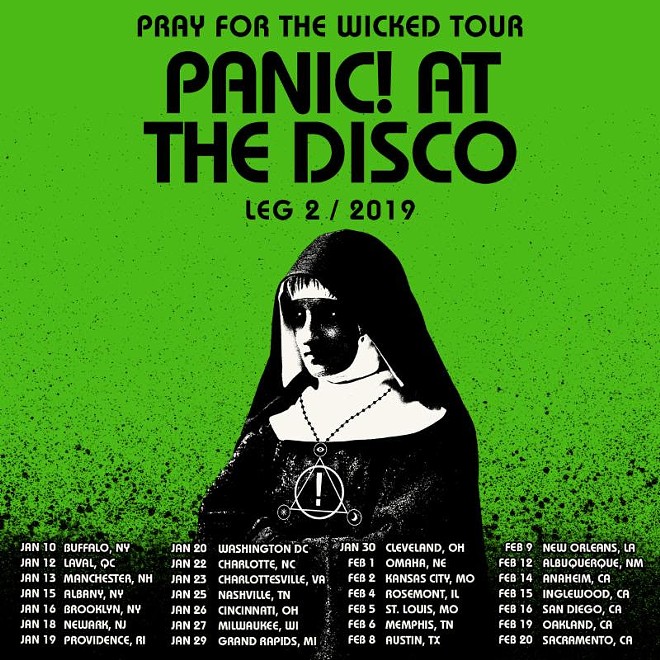 Earlier this year, indie rockers Panic! At the Disco played a surprise show at the Grog Shop to build hype for Pray for the Wicked, its latest album. The group would also play pop-up shows in a number of other cities before announcing an arena tour in support of the disc, due out June 22.

While Cleveland wasn’t on Leg One of the tour, the group just announced a second set of U.S. dates. The band will perform on Jan. 30 at Quicken Loans Arena.