The panel said the judge's "impartiality might be reasonably questioned" 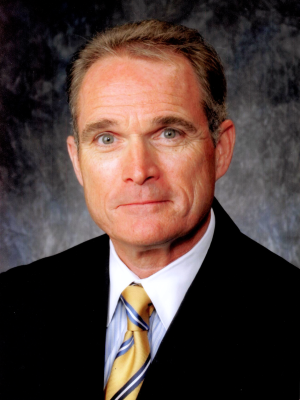 After years of sharply criticizing defendants, Cuyahoga County Court of Common Pleas Judge Daniel Gaul himself was last week urged to be punished for his own misbehavior.

On December 9th, about a year after a complaint was filed against him, the Board of Professional Conduct in a 63-page report recommended that the Ohio Supreme Court remove Gaul from the bench and suspend his law license for one year for violating a host of judicial rules of code and conduct.

The three-person panel detailed inappropriate commentary by Gaul in eight cases from 2014 to 2021.

Gaul, who has been on the court since 1991, made distasteful asides to the Black Lives Matter movement, called Black defendants "brother," and referred to women involved in civil stalking order cases as"mistresses," among other things, the report said.

In one case from 2017, Gaul addressed a defendant during his sentencing hearing after the judge found him guilty of two charges of owning weapons under disability.

Before entering a minutes-long soliloquy riffing on Grand Theft Auto's effect on "latchkey kids" and "Rocket Man" Kim Jong Il's "bringing the curtain down on us all," Gaul told the defendant, "Lucky man. Lucky man. If I was standing at the window of a car with a gun on you, you wouldn't have quick drawn me. I would have busted a cap in you."

Some of the findings were far more serious: In one case from 2016, he allegedly coerced a guilty plea from a defendant who was later acquitted in a new trial.

Gaul's language, the board said, goes against expected judicial practice. Besides noting Gaul violated a rule that "a judge shall be patient, dignified and courteous," it also suggested his "impartiality might be reasonably questioned."

This isn't the first time Gaul has been reprimanded for his behavior. In 2010 he was given a stayed six-month suspension by the Ohio Supreme Court.

He didn't much change after that.

That day might be coming. The Ohio Supreme Court is expected to decide on Gaul's case in early 2023.

"We support the Board’s recommendation which calls for accountability for the misconduct and will await the final determination by the Supreme Court of Ohio which represents the final step in the disciplinary process," it said.

Gaul's violations, they explained, "can lead the public to question the evenhandedness of the administration of justice and the integrity of the judiciary."