Students and parents outraged, but Todd Albright says it's not a witch hunt. 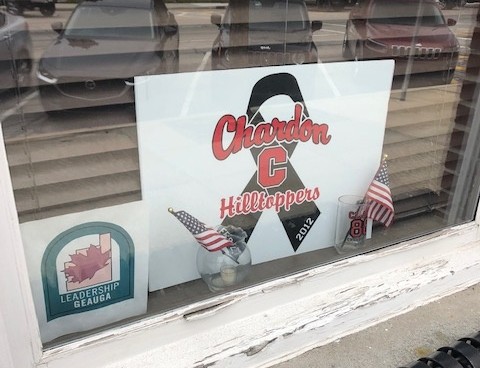 Parents and students are up in arms out in Chardon after a local school board member has been standing on a street corner near the high school and middle school to personally monitor the outfits of students.

In a widely shared Monday Facebook post, parent Sara Koch Haueter said board member Todd Albright, who was elected to his post in 2021, has been going "above and beyond" his elected duties with his recent actions. He appeared to be specifically exercised over perceived dress code violations by girls, she wrote.

"From his voyeur corner [off school property], he proceeded to point out which girls he felt were inappropriately dressed," the post reads. "Although I do not have daughters, I am a woman who was once a teenage girl. I know how I would feel having a strange man watching me from the street corner as I walked home and point out to my principal that he thought my clothing choice was inappropriate... I do not vote for a school board member to act as a witch-hunter running around painting scarlet letters on my children."

WKYC ventured out to Chardon and spoke with students, one of whom said that they intend to stage a protest Monday in response to Albright's actions and may even launch a recall petition.

"My sister's in the middle school, I know some of her friends have come home complaining to their parents like 'this guy, he pointed us out, he was seriously on the street corner and it was like scary, they were intimidated," the Chardon High School student, Devney Rich, told WKYC.

A Chardon parent sent Scene formal communication from the Chardon School Board, dated Sept. 13, confirming that Albright had communicated his concern to superintendent Dr. Michael Hanlon and the principals of both Chardon High School and Chardon Middle School. He invited all three to join him on the corner to witness firsthand the dress code violations on the afternoon of Aug. 31.


When Scene reached Albright via email, he said that he was pursuing the matter not as a personal moral crusade but on behalf of community residents who reached out to him as an elected representative. He said he followed "chain of command protocol" by communicating these concerns to the superintendent.

"Because the concerns of the community brought to the superintendent's attention tend to result in either inaction or denial of the claim," Albright wrote, "I decided on this issue to invite the principals of the buildings in question and the superintendent to meet me in a very public location on a sunny day, with dozens of witnesses of multiple ages, to view what the community perceives as acceptable dress code.

"During the meeting I spoke to the principals about school issues, including the superintendent's vision for the school and how he intends to achieve it, and the high school principal's perception of issues. He expressed that he’s fixated on hoodies and hats, and although he is aware of other issues he is making efforts in this area. During that 15-minute period, the administrators and the superintendent made small talk with the students, none of which was inappropriate as far as I could tell. That was the extent of the event and I want to reiterate that my intentions were not a self driven witch hunt, but community driven, and nothing more."