216, meanwhile, is safe for many more years 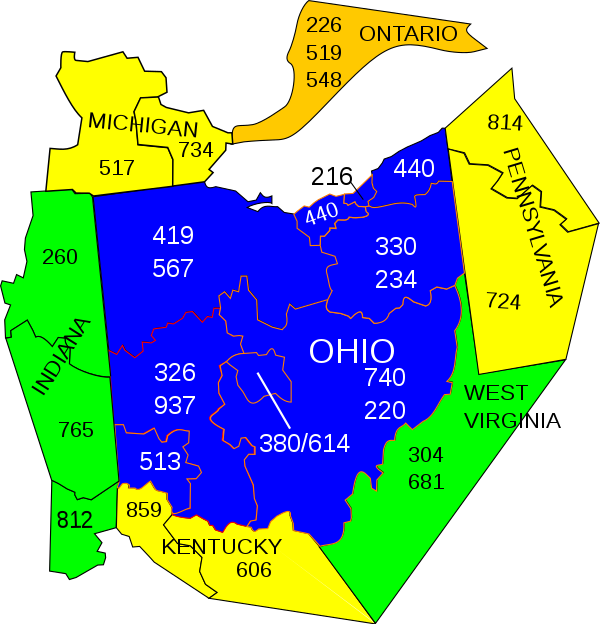 Northeast Ohio will soon have a new area code as 440, introduced in 1997, will run out of available numbers by 2024, the Public Utilities Commission of Ohio announced yesterday in approving a new overlay for the region.

When implemented, the new code will be assigned to all new numbers in the areas shown on the map above currently labeled 440.

When does an area code become exhausted?


The new code hasn't yet been decided, but it will join 234, an overlay for the Akron, Canton and Youngstown areas which began in 2000, as the most recent additions to Ohio numbers.

216, if you're wondering, won't run out of capacity until 2036, according to PUCO —
both 330 and 440 were created to account for increased demand in the Cleveland area — which is good news since it's the best three digits of the bunch.