Remembering Kevin Kelly, Remarkable Cleveland Actor and Director, Dead at the Age of 65

A joyful, and hilarious, force of nature on and off the stage 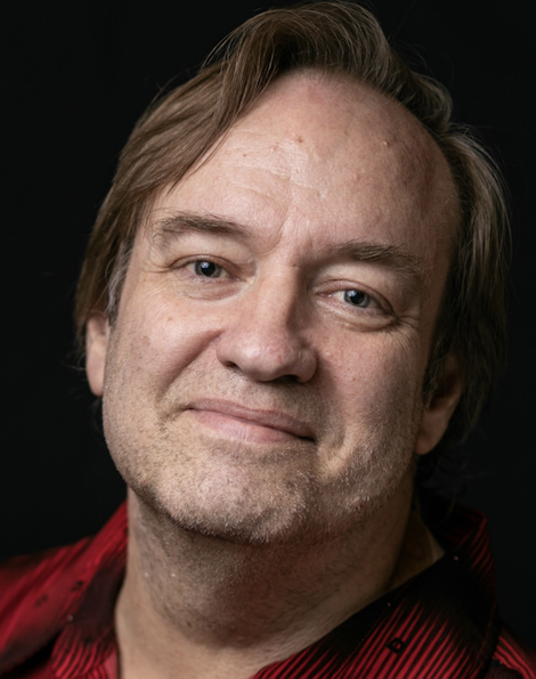 Do you hear that? The silence that wasn't there before? It's because the esteemed local actor, director and friend-to-all Kevin Joseph Kelly passed away this week at age 65. And it leaves a gaping, unfillable hole in the theatrical environment of our town.

For decades, Kevin redefined role after role, often in musicals (Hairspray; You're a Good Man, Charlie Brown), comedies such as Greater Tuna and Noises Off, and in a galaxy of plays ranging from Sondheim's Assassins to Man of La Mancha  to The Secret Garden to Hair. His versatility knew no bounds, nor did his relentless pursuit of a laugh. And thanks to his exquisite comic timing, flexible Silly Putty face and booming voice, he hit every good line and gag and sent them out of the park.

As Scott Spence, the artistic director of Beck Center says, "Try as you might, you cannot describe Kevin to someone who didn't know Kevin. The energy, the joy, the bombast. The man was otherworldly funny!"

Patrick Ciamacco, artistic director of Blank Canvas Theatre, adds, "Kevin was a force of energy that will never be matched. Always ready to make someone laugh. He was the first to support a fellow actor and give them the praise and confidence they needed to break down their walls. I can’t imagine my theater, my community, or my life without Kevin being a part of it."

"He was a force of nature," says Jordan Cooper, who directed Kevin in his last production, Noises Off. "There was no one who experienced joy the way he did. He had this uncanny ability to feel a tense situation—say during a particularly difficult moment in a rehearsal—and he would release the tension with a perfectly timed comment. He would shift the energy of a space."

Kevin was also extremely generous as an actor, and very supportive of his fellow cast members. Martin Friedman, artistic director of Lakeland Civic Theatre, remembers, "I directed Kevin in my first production of Assassins. He played Guiteau and he was fabulous. He had played the role before, but he assured me that we would go through the process together and he was open to whatever I was thinking."

Mark Corcoran, producer of the Theater in the Circle, recalls, "Audiences have loved Kevin in so many roles in so many venues over so many years that he was our first choice to play Snoopy in our version of You're a Good Man, Charlie Brown. He brought the house down with his show-stopping song, 'Suppertime.'"

The quotes from the Northeast Ohio theater community could go on forever. And we are sure that our memories of Kevin Kelly, the theater professional and the man, will last just as long.